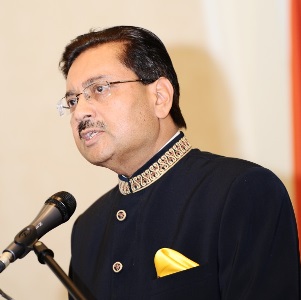 Ambassador Ajit Kumar, Consul General of India, Atlanta, addressing the gathering at the Republic Day reception on January 26, 2015 at the Atlanta Athletic Club, where he announced that he would be accepting a new assignment shortly. (Photo: ByteGraph)

Khabar is extremely proud to announce the appointment of Atlanta’s Consul General Ajit Kumar as the “Ambassador and permanent representative of India to the United Nations in Geneva,” as the Ministry of External Affairs (MEA) in New Delhi said on Thursday, February 19, 2015.

Ajit Kumar has been continuously active in the Indian-American community since he arrived here to lead the newly established Consulate of India in 2011, as well as active in consular, business, and legislative circles while representing India to the Southeastern United States. His genuinely warm and kind nature has made him approachable and appreciated by all, and his diligence in making the details of India’s plans and progress known to the NRI and American communities and his care in developing person-to-person relationships for understanding and undertakings between the two countries will stand him in good stead as India’s new Ambassador to the UN, as international relationships reach for new heights. Khabar joins with the Southeastern US in wishing our Ambassador every success. 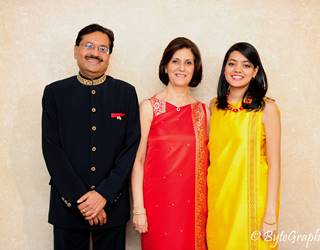 Consul General Kumar's announcement of his coming departure, at the Republic Day celebration on January 26, 2015 at the Atlanta Athletic Club (excerpt from soon-to-be-published report in Khabar's Around Town):
CG Kumar closed his remarks with a warm farewell. “I would like to pay my tribute to the Indian-American community, especially in Atlanta. I came to Atlanta 3 ½ year ago and fulfilled my mission of opening the first Consulate of India in Atlanta and also continuing our increasing consular and commercial services. As this would my last celebration of Republic Day in Atlanta, I wish to thank all friends and leaders of community who have assisted the Consulate in taking the India-US relationship forward. My family and I have enjoyed the Southern hospitality.” 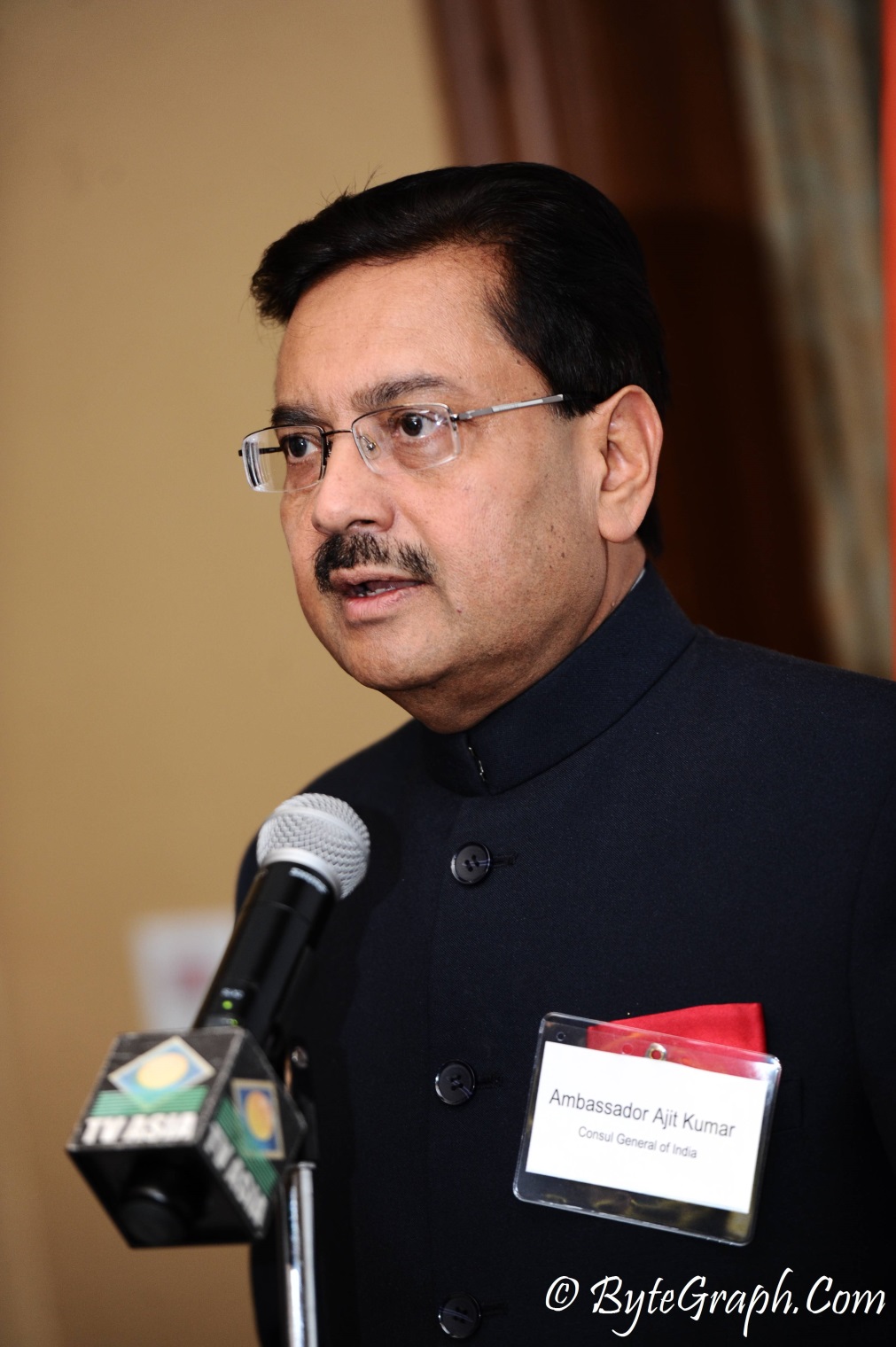 Ambassador Kumar's profile from the website of the Atlanta Consulate:

Kumar first joined the Indian Foreign Service in 1979 and has held posts in Damascus; Mexico City; Islamabad, Pakistan; and New Delhi. As the deputy leader of the Indian delegation to the Conference on Disarmament in Geneva, he participated in multilateral negotiations on the Comprehensive Nuclear Test Ban Treaty in the 1990s.

From 1996 to 2000, he served as director and joint secretary in the Disarmament and International Security Affairs (DISA) division in the Ministry of External Affairs, New Delhi. He attended several sessions of the United Nations Disarmament Commission and the UN First Committee on disarmament and international security issues in New York. He also attended several sessions of the Conference of States Parties of the Chemical Weapons Convention in The Hague. He was a member of the Indian delegation to the Non-Aligned Ministerial meeting held in Cartagena, Colombia in 2000.

Kumar has presented papers in several national and international seminars and is the author of a number of articles on disarmament and international security issues. He holds a master’s degree in history from St. Stephen’s College at Delhi University.