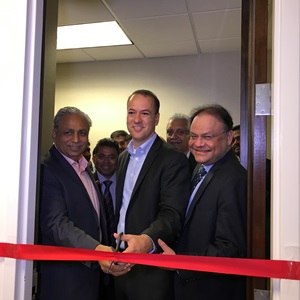 Arvind Malhotra, VP Tech Mahindra, gave the welcome. Along with the office inauguration, the company was also celebrating Mahindra Group Founder’s Day on October 2. The company is adding 100 new jobs bringing it up to 600 for this area. Employees and families constitute more than 1,500 people (both Indian expats and local hires).

Mayor David Belle Isle extended a warm welcome and support to Tech Mahindra and offered partnership to help the company grow. He shared the story of the city of Alpharetta, which has grown and has been branded as the Technology City of the South. Alpharetta has added for the first time in the state, a Technology Advisory Commission now called Tech Alpharetta; they brought Gwinnett Technical College’s new North Fulton Campus to Alpharetta. To serve the growing need, a conference center is under construction at Avalon, a 9 million dollar project which will be able to host the Southeast’s best technology events. The Innovation Center is now hosting 60 technology companies. The city has 640-plus IT companies, which added 12,000 technology jobs, and the city welcomed Tech Mahindra to add more jobs and be part of Alpharetta story.

Consul General Nagesh Singh acknowledged the leadership of David Belle Isle in transforming Alpharetta as a hub for technology in Atlanta and Georgia. He recognized Mahindra as the shining example for other companies to follow to do business in the USA. 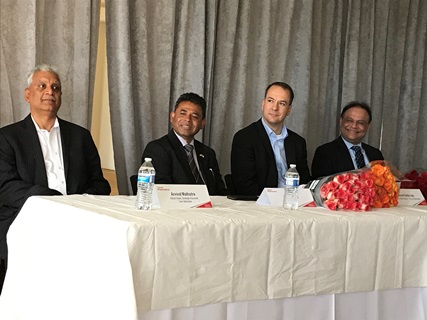 Alpharetta is the biggest nerve center of Tech Mahindra in the USA. Of its 6,000 employees in the USA, 600 are in Atlanta. More than the numbers, Mr. Gurnani asked what his company would contribute to grow in the community together. He emphasized the feeling of responsibility, as technology is changing rapidly. To serve customers, the company will need local skilled help and is willing to train, as it doesn’t want to import help and would like to be a community citizen. He encouraged everyone to pledge to make the Atlanta region and the USA better than it was found and to develop a stronger relationship between India and the USA.