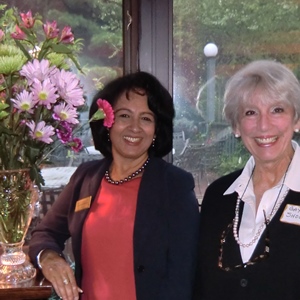 A notable crowd of about thirty supporters attended the event. Event moderator Gay Shook introduced Amreeta Regmi, saying, “It is time to move forward with new leadership in District 95 with a qualified professional in the international business community and a respected community leader.”

Amreeta was born in the city of Kathmandu, Nepal and has a B.A. from Columbia Pacific University, an MBA from Brenau University, and a Ph.D. in Environmental Sciences from Wageningen University, The Netherlands.

As a freelance consultant, fluent in four languages, Amreeta is affiliated with the World Bank’s Concessional Finance and Global Trust Fund Partnership unit. She has worked with organizations such as C.A.R.E., the United Nations, and the United States Agency for International Development. 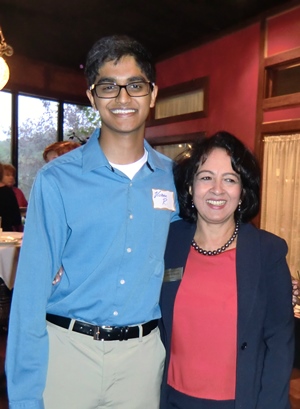 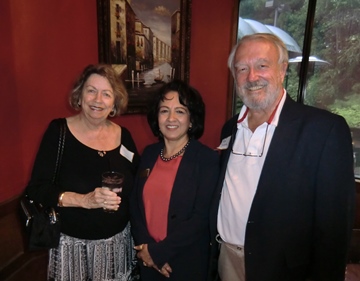 Dr. Regmi spoke about her platform, bringing a new voice, fresh ideas and perspective to the Capitol, and bridging a disconnect between elected leaders and their constituents. "To bring the Legislators closer to the people they are supposed to serve and to increase control of our resources, we must have a seat at the table. Peachtree Corners is one of the largest municipalities in Gwinnett County and is a minority-majority City. District 95 has changed demographically and electorally and must have adequate representation.” Dr. Regmi emphasized the need to keep pace with the times in a highly evolving technological period and understand new business models in order to advance, drive our economy and demonstrate leadership. District 95 has lost jobs and must avoid losing jobs in the future. She ended with a tone of inclusivity of her campaign approach, “This race is not about me. This race is about our changing District, our needs, and our vision."

Dr. Regmi emphasized the four issues on which her candidacy is built: Jobs: Using her international network to bring more jobs to Gwinnett County and District 95. Education: Protect our education budget and give students and teachers what they deserve. Ethics: Advocate for an independent ethics commission to become separate from the state Legislature and Governor's office. Energy: Create an energy taskforce to initiate dialogue on an energy policy.

Various esteemed guests endorsed her candidacy. Melinda Ennis, Executive Director of Georgia's Women In Numbers (WIN) List, informed the crowd that Amreeta represents the future for Georgia and for women of this state.

Representative Pedro Marin commented that Georgia needs Amreeta's voice in the State Capitol because of her expertise and knowledge of environmental policy which is critical for Georgia. He noted another keen quality she portrays: “the efficiency in which she brings people together from all party affiliations … definitely needed in the State Capitol!”

State Senator Curt Thompson stated that if the citizens in District 95 want action and progress, they must work to get Amreeta elected. They must talk to their neighbors, friends, co-workers and ensure they are registered to vote and actually voting as a high voter turnout sends a direct message to elected officials.

L.C. Johnson, Committee Member of the Downtown Development Authority for the City of Peachtree Corners, added that he and the community are behind Amreeta's campaign. He mentioned that she has a good chance of winning this election.

The evening’s message was that District 95 has changed over the years, and Amreeta Regmi is a viable and credible candidate to represent this segment of the population.

My Voter Page: http://www.mvp.sos.ga.gov/
Monday, October 6, 2014 = Last day a person may register and be eligible to vote in the General Election and Runoff.