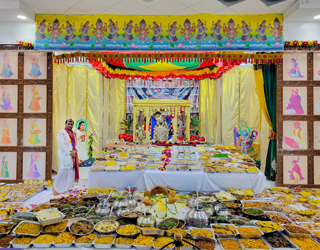 On the occasion of Diwali, Annakoot Mohotsav was celebrated with Labha Pancham Parve Govardhan Puja at Gokuldham Haveli in Atlanta.

Organized in the presence of Sri Govardhannathji and Sri Kalyanaraiji, the celebrations continued at Darshan Chowk of Gokuldham Haveli from morning till late in the evening. Vaishnav devotees including Bela-Biren Shah and Gopibehan Munshi from the Manor of Govardhan Puja performed circumambulation of Govardhanji with the benefit of this puja. 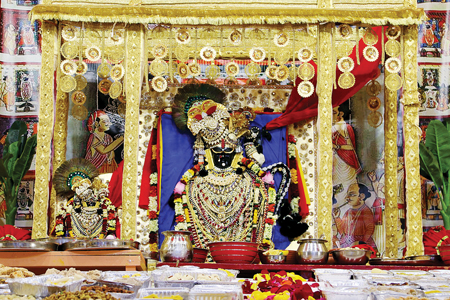 From the afternoon onwards, the Annakoot Mohotsav was held in honor of Shri Thakorji. As many as 2200 devotees flocked from Atlanta and its surrounding cities to witness this magnificent Annakoot festival with 201 ingredients and 150 innovative sweets and dishes prepared by Gokuldham Haveli chef Narpat Maharaj. 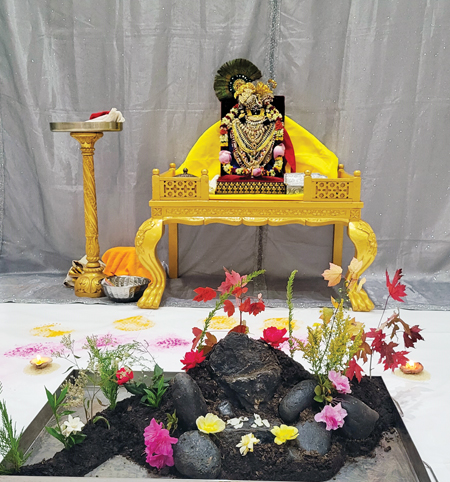 The devotees took advantage of the free Mahaprasad organized in conjunction with the Annakoot festival. They appreciated the elaborate arrangements made by the volunteer brothers and sisters of Gokuldham Haveli during the festival.

At 7.30 pm, a grand fireworks display was held at Gokuldham premises. The spectators were overwhelmed with joy after watching the spectacular display of fireworks.