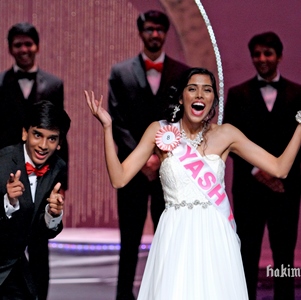 On July 19, 2014, Anu Romesh, who won first place last year singing in the Junior category at IACA’s Atlanta Indian Idol Contest, returned this year to the stage of the Ferst Center to compete in IACA’s beauty pageant—and won not only the Best Talent Award, but was crowned IACA Miss Georgia.

Contestants competed in Indian attire, in evening gowns, and in a Q&A round, and four top contestants were chosen. They each drew a judge’s name from a bowl and then answered a question from that judge. To the question “What qualities should the judges look for in a beauty pageant contestant?” Anu Romesh’s winning response was that judges should see not only the makeup and clothes, but look beyond the outward appearance to see the inner qualities, the talent, intelligence, grace, and self-confidence of the contestants. “We are all special in our own way,” she said. 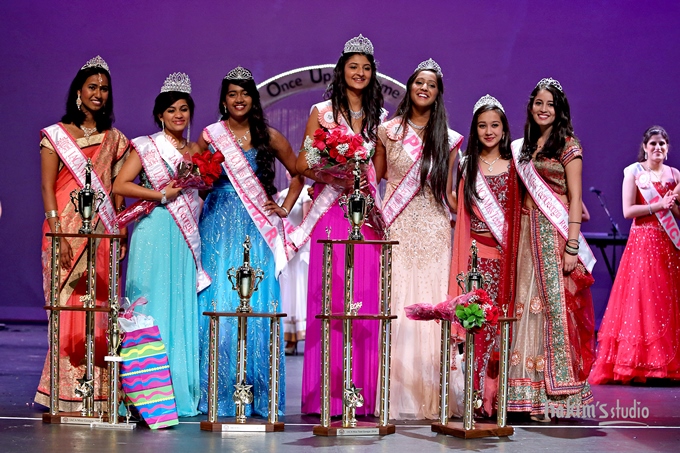 Winners were
IACA Miss Georgia – Anu Romesh
first runner-up – Suvarsha Reddy.
IACA Miss Teen Georgia – Diya Sharma
first runner-up – Prachita Porika.
Diya and Prachitha had tied, but after the tie-breaker question, “If you win this pageant, how would life change for you on a daily basis?” Diya was named winner. 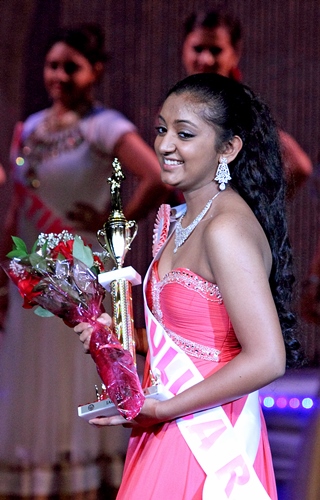 Nida Shariff and Kaushal Tripathi directed the pageant, which Tripathi called “a vehicle for us to give back to the community”—being of the community, by and community, and for the community. IACA president Nivedita Garabadu called the contestants “our angels on earth” working to show “poise, grandeur, ambition, self-confidence, and friendship.”