The king of Bollywood playback singing, Arijit Singh, performed in Atlanta on Saturday, May 21, 2022 at Gas South Arena. In a sold-out, packed show, Arijit and his team of talented musicians performed nonstop for more than three hours.

For many, this was the first live concert after a two-year hiatus due to the global pandemic which paused many concerts and large-scale public events due to the health emergency. 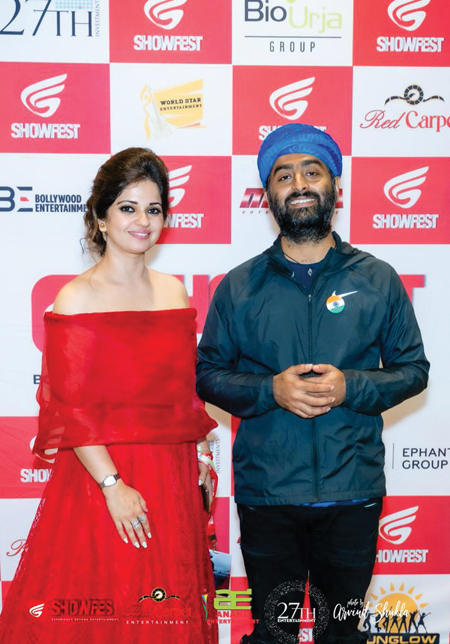 Singh started the concert with Tum Hi Ho, the song that brought him widespread recognition. From there, he continued to sing many of his popular hits such as Shaayad, Samjhawan, Enna Sona, and others. A strong advocate for the independent music scene, Arijit also performed one of his own compositions, YaadeinWohi. 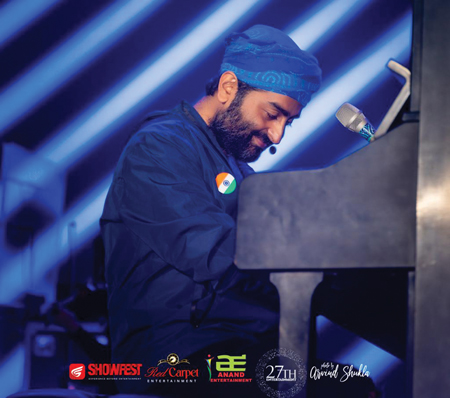 Apart from singing his own super hits, he took the audience down the memory lane by singing many old Bollywood numbers such as Pal PalDilKePaas, Yeh Shaam Mastani, O Mere Dil Ke Chain, Mere Sapnon Ki Rani, and Gulabi Aankhein to name a few. He continued with singing newer hits including Saathiya, Hamma Hamma, Chaiyya Chaiyya, Pehli Nazar Mein, and Pee Loon. The concert ended with a mashup of Channa Mereya and Kabira. Several fans shared photos and videos afterwards and were all praise for the concert. For many concertgoers, it exceeded expectations. 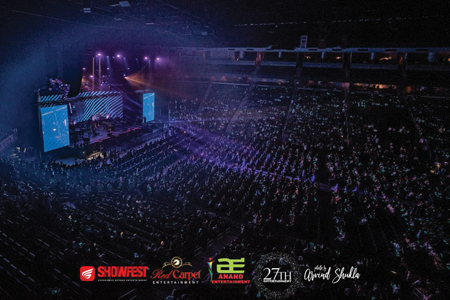 "It was a brilliant night out! Arijit captivated the audience for over three hours and I felt in sync with his energy! His mashup of old Bollywood songs was my favorite part! A much-needed concert after so long and the best artist to open the concert season!’" said Vandana Aggarwal.

"It was a surreal experience to see so many people attending an event, but he completely mesmerized the audience with his voice. It was refreshing to see a celebrity arrive on time and entertain the audience nonstop for three hours," said Khanjan Gandhi.

"I’ve always said that Arijit doesn’t perform on stage; he meditates, and the music just flows through. So, my experience at the concert was rather spiritual," said Darshan Kaur.

"It was a great experience to go to a concert after two years. Arijit Singh singing melodies of old songs was the cherry on the top as we saw old and young sway to his melodious voice," said Prateek Goel.

"It was so much fun to be at a concert after a long time," said Prem Rahman. 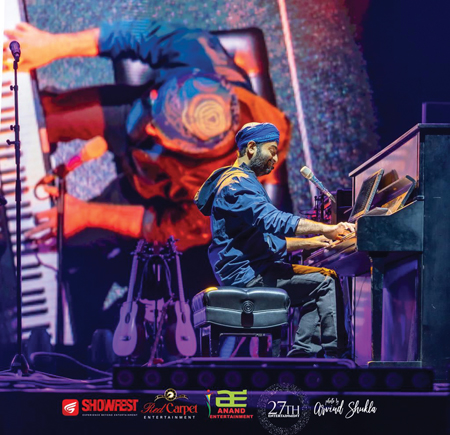 "Arijit’s appeal though is totally different. It’s his voice, his presence. He hardly spoke, didn’t dance; but the production, the lighting, the LED screen, the confetti, the LED wristbands, the music improvisations—all complemented his performance and excited the mostly ‘under 40s’ audience. I was surprised and delighted to see even younger teens excited to be there and swaying to his music, holding signs, and screaming. It truly had a ‘rock concert’ feel. Arijit’s concert started only 15 minutes late, which is basically on time compared to other Desi concerts. I hope this trend to begin on time continues," said Tanweer Mian. Spotify declared Arijit Singh the most streamed artist during the coronavirus pandemic. The 35-year-old singer earned fame in the music reality show Fame Gurukal but it wasn't until his hits like Tum Hi Ho in 2013 that he gained national recognition. Arijit says he is fond of Kishore Kumar, Mohit Chauhan, and Atif Aslam. He also loves singing by Lata Mangeshkar, Mohammed Rafi, and Coldplay. He is a trained classical singer and hopes to collaborate some day with Norah Jones.