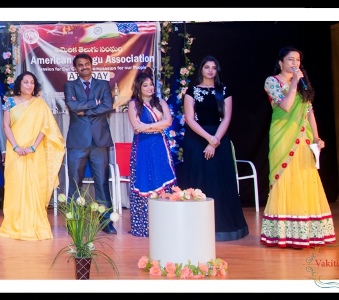 The American Telugu Association (ATA), the leading Telugu organization in the US, raised $250,000 in Atlanta on February 20, 2016 for its upcoming Silver Jubilee convention to be held in Chicago from July 1-3, 2016. Atlanta’s ATA Day was one of several events taking place around the country with lots of fun and entertainment, as part of bringing awareness in the Telugu community about the upcoming 3-day convention.