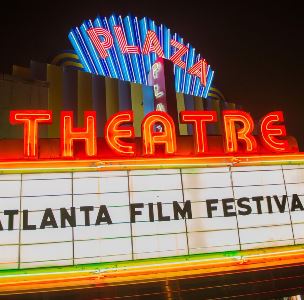 The 41st Atlanta Film Festival (ATLFF) took place at the end of March and featured over 100 different films. It is an Academy Award-qualifying international festival that is held in Atlanta each year. The event includes short films as well as full-length feature films and encompasses a broad range of genres. This year, the Indian presence was the strongest it has ever been, with both full-length and short films being presented during the festival.

A scene from the film Chee and T. (Photo: Courtesy of ATLFF)

Chee and T, directed by Tanuj Chopra, was one of the full-length films shown. A comedy centering around the Indian-American community of Los Angeles, it shows a day in the life of Chee and T, two friends who work as debt collectors for Chee’s uncle Rob, the local Indian “mob boss.” Among its many universal themes it also points attention to issues of particular importance in the Indian-American context of life.

The multidimensional arcs throughout the movie show a story that is much more than just the stereotypical portrayal of Indians that has come to dominate American film and television. In Hollywood, Indians often take on the typical roles of being taxi cab drivers, gas station owners, or IT workers, and the only place you’ll find one playing a main character is in Bollywood or Slumdog Millionaire. This film, however, shows a stark departure from these ideas and almost “normalizes” Indians to any other ethnic group. Quite simply, it is a film in which the roles could have been played by characters of any race and in doing so shows the American aspect of being Indian-American. The lack of Indian stereotyping shows the new direction in which cinema is moving. Of course, there are still aspects of Indianism shown, which create some conflicts during the story, but there is hardly any of the pigeon-holing seen in traditional American cinema. 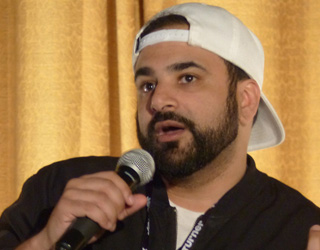 The movie not only touches on racial themes and the portrayal of stereotypes but also features a coming-of-age story and the clash of Indian culture with American culture. From a bicultural perspective, the film examines a few difficulties that come with being Indian-American. The essence of the movie captures a need for fresh perspectives in the arena of American cinema. In an age where white-washing has become such a topic of heated debate, the film industry requires an infusion of diverse cultural perspectives that can break stereotypes and introduce a new way of thinking. Chee and T explores these unique themes, encouraged by a progressive setting that has been embodied by the Atlanta Film Festival for years.

Video:
CHEE AND T (Trailer)
directed by Tanuj Chopra
USA, 2017, English, 80 minutes
Two friends working as collectors for a family crime ring are assigned what proves to be their most challenging task yet—delivering the indifferent, drug-induced nephew of their boss to an event across town. As the three men cruise to their various destinations in a pale blue hot rod, they encounter more than they bargained for and find themselves caught in a web of politics, drugs, love, and their own moral values. —Meghan Faulkner
http://atlantafilmfestival.com/2017/chee-and-t/

The Atlanta Film Festival, now in its fifth decade, is an Academy Award-qualifying festival and one of the region’s largest and longest-running preeminent celebrations of cinema in the Southeast United States. More than 27,000 festival attendees enjoy independent, animated, documentary, and short films each year, selected from more than 6,000 submissions from 120 countries. The Atlanta Film Festival is the chief annual operation of the Atlanta Film Society (ATLFS), one of the oldest and largest organizations dedicated to the promotion and education of film in the United States, which enriches the community through screenings, classes, workshops, and other events year-round. The Atlanta Film Festival was recently named one of the “25 Coolest Film Festivals in the World” and one of “50 Film Festivals Worth the Entry Fee” by MovieMaker Magazine. Major funding for the Atlanta Film Society is provided by Turner, XFINITY, MailChimp and the Fulton County Board of Commissioners through the Fulton County Arts & Culture Department and the National Endowment for the Arts through the Art Works category.
www.AtlantaFilmFestival.com