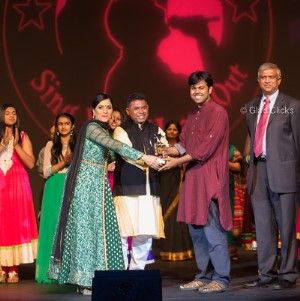 Jyotsna Rao and Souryadeep Bhattacharyya, both from Atlanta, GA, gave very good reasons for their mothers to be proud this Mother’s Day. The two winners walked away with the coveted Atlanta Indian Idol title of 2016 presented annually by India American Cultural Association (IACA) at Georgia Tech’s Ferst Center on May 8, 2016. Nagesh Singh, Consul General of India in Atlanta, Consul D.V. Singh (Head of Chancery), and Consul R. Srinivasan, (Consular/Community Affairs/Commercial/Political) presided as chief guests of the night. Priyal Shah, granddaughter of the famous yesteryears music composer Kalyan ji of Kalyan-Anand fame was also present at the event.

“All through the fourth edition, IACA has been instrumental in finding the best singing talent throughout metro Atlanta and even out of state. The platform these singers get is invaluable for their careers and IACA is proud to have been a proverbial stepping stone in their success,” said Rina Gupta, President of IACA. The 2016 contest featured singers from Georgia, Arizona, and Virginia. The championship round was the culmination of various auditions held earlier this year. Fifteen from Senior and Five from Junior categories were picked from over 70 auditioning contestants for the final event.

There was never a dull moment at the four-hour program including dynamic dance performances from various dance institutes across Atlanta. An extremely capable panel of judges including Dr. Kakali Bandyopadhyay, Sujatha Rayburn, Sri Sangodkar, Amitava Sen, and Dr. Lakshmi Rao provided feedback and evaluated contestants based on various aspects of their performance such as tonal quality and accuracy, rhythm, diction, overall mastery of style, etc. Neeta Shenvi served as statistician. The show was emceed by the energetic duo Archith Sheshadri, broadcast journalist for CNN International, and Anu Romesh, a previous Idol winner.

The onsite SMS polling provided by Text By Choice, along the lines of American Idol and Indian Idol, added to the excitement. The audience was allowed to vote for their favorite singers by texting the letters/numbers assigned to their names. The night belonged to Navin Gurnaney and Jyotsna Rao in Senior and Junior Categories as they walked away being SMS Poll winners of the evening.

“These were the Best of the Best. Their performances were simply superb. I would pay to watch them any day! I do not doubt that the judges had the hottest seats in town!” said Program Director Raktim Sen. Souryadeep Bhattacharyya’s heartfelt rendition of “Mitwa” from the movie Kabhie Alvida Na Kehana and Jyotsna Rao’s sweet rendering of “Malang Malang” from the movie Dhoom 3 put them at the top their categories. Reet Tiwary (GA) was 1st Runner-up and Madhuvani Kamarajugadda (GA) landed 2nd Runner-up in Junior Category. Navin Gurnaney (GA) was 1st Runner-up and S Anupama Krishnan (GA) 2nd Runner-up in the Senior Category. The winners performed at the Semi Finals and then a Final round to win their trophies.

Navin Gurnaney and Reet Tiwary won the Director’s Choice in Senior Category and Junior categories. An Online Poll, based on number of likes on YouTube conducted earlier to crown the choice of the people, the Audience Appreciation Award, went to Madhumitha Vijay (610 Likes) and Abhignya Panatula (267 Likes) in Senior and Junior categories. “It's a good event managed by quality folks,” commented Kaushal Tripathi – BOD, IACA. 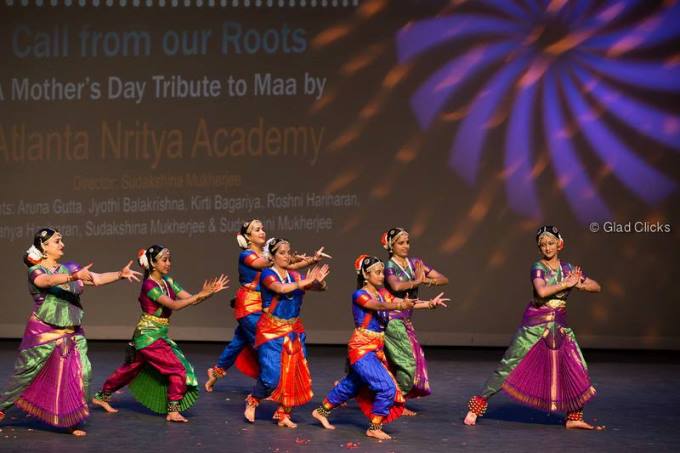 The night began with a rendition of the national anthem of USA by Anu Romesh, Atlanta Idol Junior 2013 Winner and IACA Miss Georgia 2014, followed by the national anthem of India by Kuheli Mitra, 2nd Runner-up 2013. Dance performances added to the Bollywood flavor of the night: “Call from Our Roots” by Atlanta Nritya Academy, directed by Sudakshina Mukherjee; Bollywood medley from Prem Dance Studio, directed by Prem Rehman with a musical performance by Asawari Joshi, Atlanta Indian Idol 2015 Winner, accompanied by Raktim Sen (keyboards) and Nitin Gadgil (tabla).

“During the last 4 years we have seen a gradual increase in the quality of singers and we hope that one day, our idols will shine among the best in the Bollywood,” stated Chand Akkineni, founder and coordinator of the event. 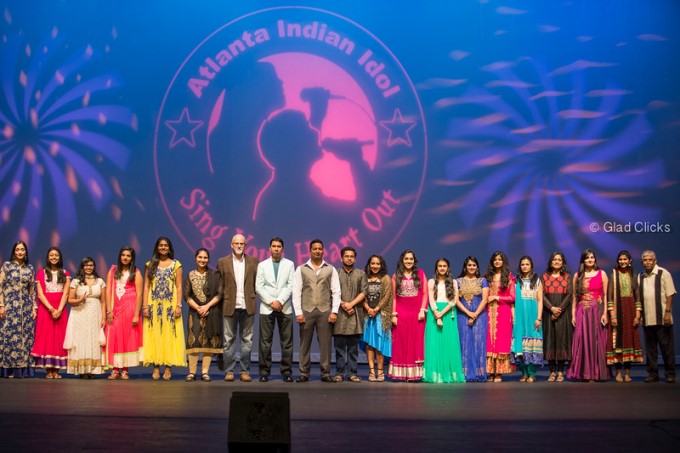 Roses were handed out to all mothers on the occasion of Mother’s Day, courtesy of the Punjabi Society. The audience enjoyed snacks from Haldirams sold at the counter. 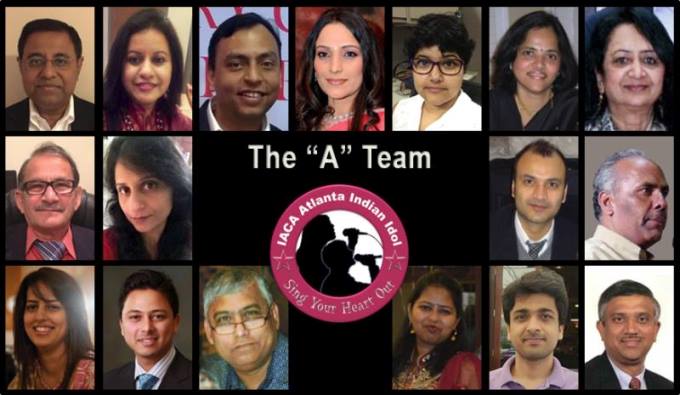