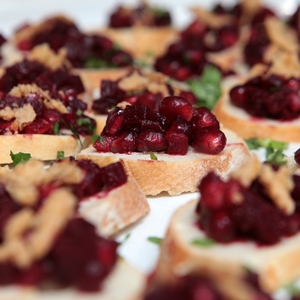 Most Indians are passionate about four things: cricket, cinema, religion, and politics. Dinner party conversations revolve around these topics. If you ask most Americans about Indians, they’ll probably think of arranged marriages, Bollywood dancing, and Slumdog Millionaire—but arranged marriages are not for all Indian-Americans. The concept of dating is ingrained in American culture, though not usually spoken about openly in Indian-American families. Imagine a dinner table conversation where children are discussing their dating lives with their parents!

While some Indian parents may not openly encourage dating or casual relationships, when it comes to weddings, there’s no shortage of opinions or awkward jabs: "Beta, when are you going to give us the good news?" Parents, extended relatives, family, and friends love to chime in about marriages, whether arranged or love. But it is not as simple as meeting someone for the first time and agreeing to a big Bollywood-style wedding. In fact, for most Indian-Americans, unless they meet someone in high school or college, finding a potential partner can be quite challenging. Similarly, parents in the U.S. sometimes find it challenging to communicate or help their children find a suitable partner.

As they say, with every problem, there’s a solution. In November of 2017, Atlanta-based entrepreneur Aparna Basker quit her full time consulting job to address this issue. She has spent 18 years in Atlanta, has two daughters of her own, and felt that there was a void in the community. “First generation Indian-Americans in the U.S. struggle to find the proper balance of involvement with their children’s lives around dating and marriage,” said Basker. She observed the struggles, especially the first-generation parents who were missing family and community involvement that they were used to in India. She cofounded a social networking startup called “BanyanWay” to help Indian-American parents and singles find a match. It is open to all Indians regardless of religion, caste, language, or past marital status, and open to those living in the United States. 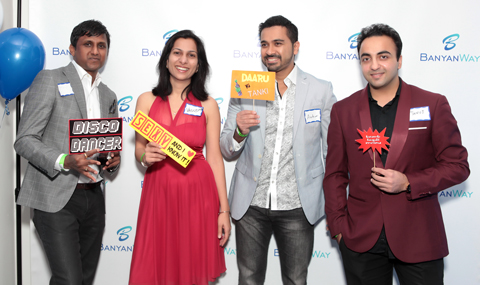 On December 8, 2018, BanyanWay hosted a sold-out app launch party at ROAM in Buckhead. With a "Bollywood Night" theme, trivia gave singles a chance to mix and mingle with new participants while brushing up on old filmi facts. Soft blue lighting added to the ambiance with DJ Mike spinning the beats for an open dance floor. BanyanWay's Brand Ambassador Archith Seshadri and Karishma Kothari emceed the evening, periodically drawing out raffle tickets for prize giveaways. 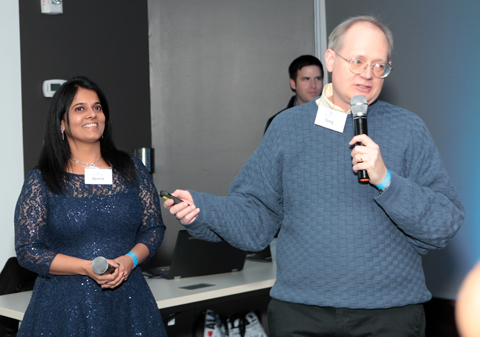 Aparna Basker and fellow cofounder Greg Watson gave a presentation on the startup’s evolution and plans for 2019: they will reach other cities, e.g. New York, Chicago, Dallas, and Washington D.C. The core team in Atlanta will be hiring as well as identifying sponsors who would benefit from this unique approach to matchmaking. They addressed brand differentiation, costs, and who will have access to it for security. The full app will be released in early 2019 where singles, parents, and connectors/delegates (those who can refer other profiles) can all work together to help find a match. 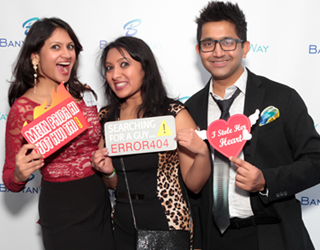 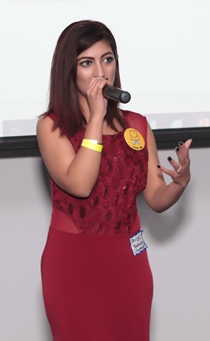 This year, BanyanWay picked Pratham as its charity of choice to raise money to help education programs in India; a brief video was presented by Pratham volunteers. Local Atlanta-based artist Movina Nagarajan closed out the night with her latest single performance, “Call Me Baddie.”

After nearly 4 hours of networking, food, drinks, games, and prizes, the app launch party wrapped up with a gift bag for participants, media sponsors, and social media influencers.

Banyan Way hosts two types of in-person events: Hello! and Milan.
Hello! events provide a comfortable platform for Indian American singles to get to know each other. So far, events have ranged from cooking demonstrations, bowling mixers, wine and cheese happy hours, to escape game rooms. Most networking events are about 3 hours long and include icebreakers and opportunities for participants to meet others and share their challenges and struggles in the dating process. So far, BanyanWay has hosted 5 events in Atlanta, one in New Jersey, and one in San Jose. The events are open to anyone of Indian origin and have drawn people from several states including Texas, Massachusetts, Indiana and Georgia.

Milan events focus solely on the parents; they can talk about their children, discuss issues with other parents, and help connect singles. It was a first of its kind event in Atlanta. BanyanWay has organized Milan events in Atlanta, New Jersey, and San Francisco. Parents were thrilled to find others in a similar situation and some were even proactive to print out resumes or bio datas of their single children. Parents said they liked the small groups, and a chance to discuss these topics face to face. Parents traveled from several states to attend the most recent event in New Jersey including from Iowa and Georgia.