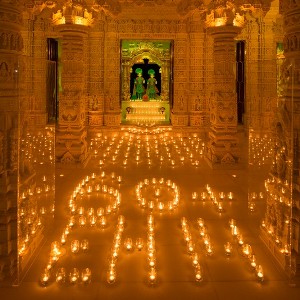 Atlanta’s BAPS Shri Swaminarayan Mandir (Lilburn) joined the international community in participating in the world’s biggest environmental event—Earth Hour—on March 29, 2014 from 8:30 pm to 9:30 pm. For one hour, the mandir supported BAPS’ continual commitment for environmental conservation by switching off its lights.

This is the fifth year of BAPS participation, as it continues to support environmental projects that promote awareness and education for a cleaner and safer planet. Around the world, Earth Hour is embraced by the global community, transcending race, culture, age, and economics as individuals take leadership in their communities in the pursuit of this same goal. Earth Hour highlights the need to save electrical power, and to take a stand against climate change. People everywhere can participate in stopping the degradation of the earth’s natural environment and building a future where people live in harmony by reducing light pollution and their carbon footprint. 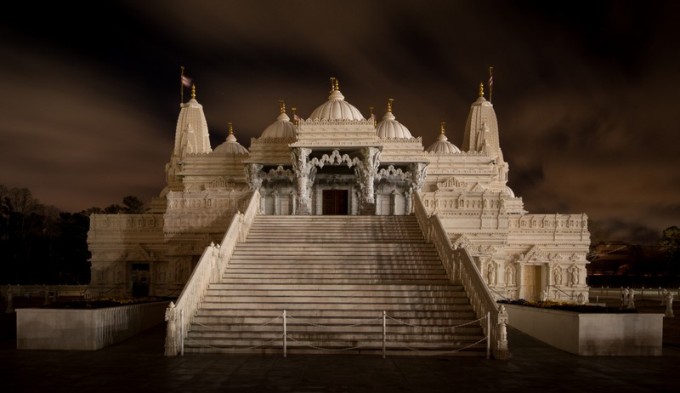 Famous landmarks that dimmed their lights to join in the celebration of the Earth Hour included the Eiffel Tower (Paris); Houses of Parliament, Buckingham Palace, Tower Bridge, and the London Eye (London); the Empire State Building (New York); the Kremlin and Red Square (Moscow); Burj Khalifa (Dubai); the Bosphorus Bridge (Istanbul); and the Brandenburg Gate (Berlin).