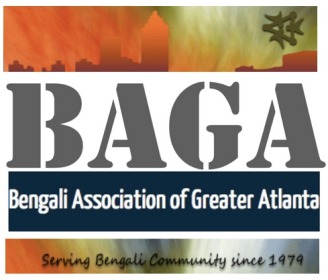 This time every year in any corner of the world, wherever resides a true bong heart, the music, the poetry, and the prose of Nobel Laureate Rabindranath Tagore is celebrated. The Bengali Association of Greater Atlanta (BAGA) marked the occasion of Tagore’s birthday with Natyamela or Theatre Festival at Norcross High School on May 10, 2014.

While in previous years BAGA has always observed this day with great splendor, this year it transcended barriers and reached out far and across several Bengali, Bangladeshi, and just theater organizations. The event started with Prabhath Feri or the morning round which consisted of a delightful mix of Tagore’s music accompanied by a dance with the BAGA children. As the vendors set up their saree and accessory stalls people started pouring in and the mela kicked into full gear. 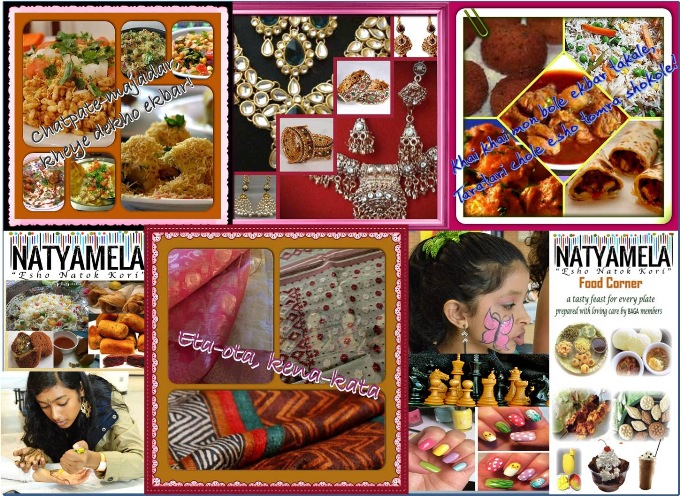 Food stalls were christened after acclaimed Kolkata eateries. Every delicacy offered at the event was reminiscent of the City of Joy. Mango lassi and cola-floats, bhel and dahi chaat, veg and non-veg thalis, fish and chicken chops, chicken and mutton kathi rolls, malpua and chanar (paneer) jalebis were just a few of the treats on the lip-smacking list.

Tagore’s music, good food, a steaming cup of chai, animated discussions on politics, sports, music, movies as well as the long awaited line up of impressive theatre presentations made Natyamela a homely and relaxed Saturday afternoon.

Play by BAGA Team directed by Shankar Sengupta: Purabi. (Photo: Sanjoy Maity)
The theater stage was named “Rabindra Mancha” or Tagore’s Stage for the day and offered five plays of indeed a varied flavor. The first production was an in-house play titled Purabi. Directed by Shankar Sengupta, Purabi tells a lesser-known story about the relationship between Tagore and his muse, Victoria Ocampo, whom he met in Buenos Aires in the year 1924-25. Purabi was a kaleidoscope, a mélange of poetry, music, and dance. Though the cast spoke no words, the music, the narration, and their emotions said it all. 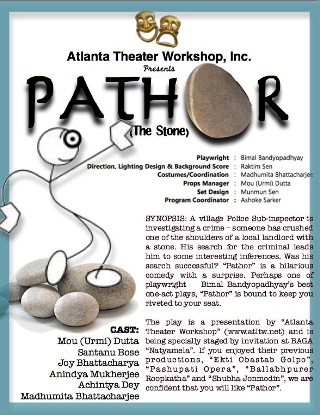 The Atlanta Theatre Workshop brought on stage Pathor, directed by Dr. Raktim Sen, which is perhaps one of the best comedies written by playwright Bimal Bandyopadhyay. The captivating story kept its steady pace as the suspense built up. The cast, having worked with each other for a long time, brought forth ease and spontaneity and was a joy to watch. 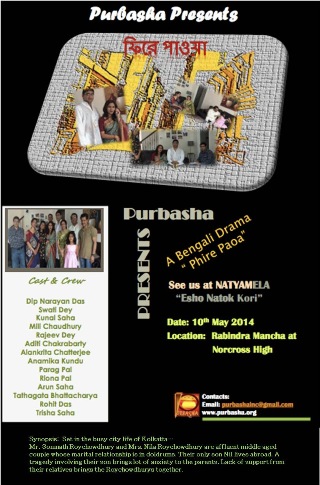 Next up was Phire Paoa presented by Purbasha and directed by Swati Dey. It told the story of a middle-aged couple who battle with their strained relationship. When tragedy befalls their son, the unfortunate circumstances that occur eventually bring them back together. The play wrung out the discord of today’s world and the audience quickly connected with the narrative. 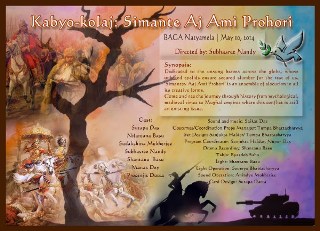 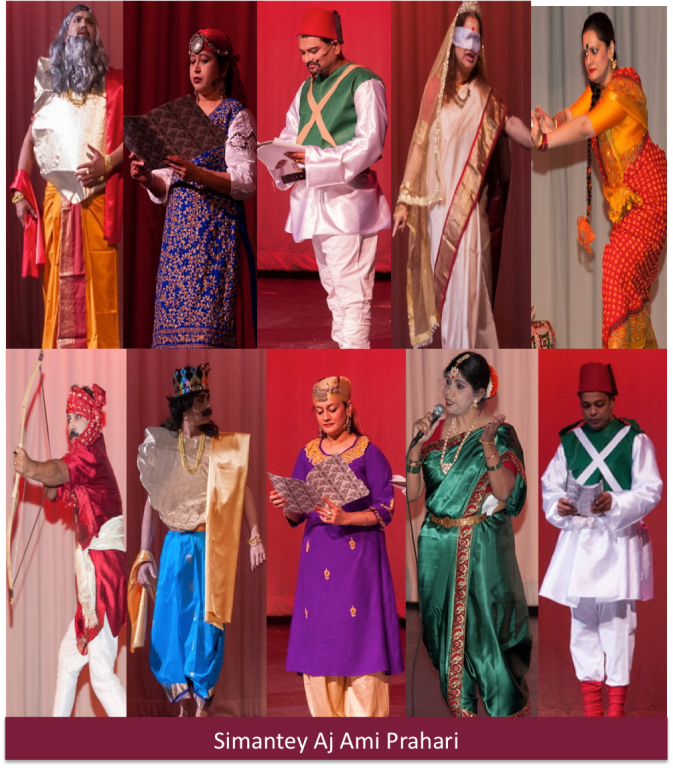 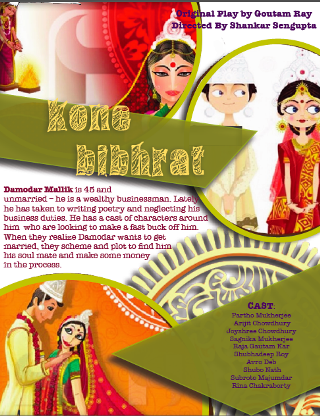 Play by BAGA Team directed by Shankar Sengupta: Kone Bibhrat. (Photo: Sanjoy Maity)
Last, but not least, was yet another BAGA presentation. Playwright Gautam Ray’s Kone Bibhrat was adopted and directed by Shankar Sengupta. It is a hilarious comedy about a middle-aged businessman who turns to romance and poetry and his newfound wish to marry sets of his friends and family in many moneymaking schemes under the pretext of finding him a bride. The humor was spot on and the play was the perfect way to end the daylong festival.

To call the Natyamela a success would be an understatement, for it revered the creative spirit that has been synonymous with Bengalis since long ago, a spirit that is not bound by the limits of any one organization.