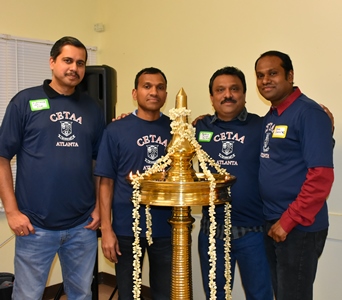 On Saturday March 24, 2018, a group of Indians in Atlanta who studied at and graduated from the College of Engineering, Trivandrum (CET) came together to form a chapter of the CET Alumni Association (CETAA) in Atlanta.

The College of Engineering, Trivandrum is the oldest engineering college in Kerala and the most sought after institution in Kerala for engineering studies. Established in the erstwhile Travancore State in 1939 as a Government Engineering College, it moved to its present location in 1960. CET offers high eminence in engineering and technology studies and remains the first choice of every aspiring engineering student in Kerala. 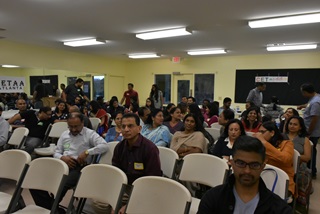 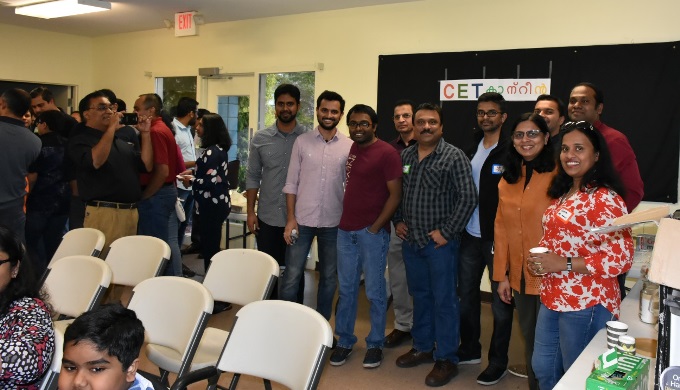 More than fifty graduates from the college gathered at Sawnee Mountain Park in Forsyth County, GA for a nostalgic recall of their academic life. Participants came from Classes of 1971 to 2011. The meet was organized by a team of young engineers working in various technology organizations in Atlanta, and the leadership was provided by Binu Kasim, Shibu Thomas, Rajesh Pillai, and Siva Kumar.

A traditional oil lamp was lit to begin the program. The Atlanta Chapter of CET Alumni Association (CETAA) was then formally announced by Binu Kasim in his welcome speech. CETAA was formed in 1976 with the aim of establishing rapport with former students and to have common programmes which will be mutually beneficial to the vast alumni community and the society. Around 4,000 of the former students are life members of the association. 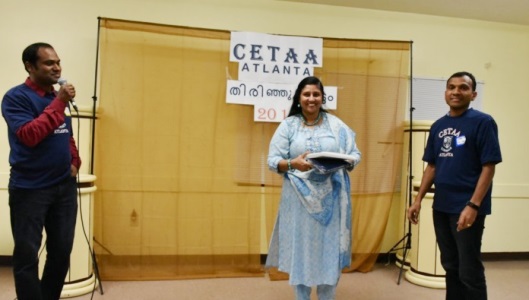 The Atlanta chapter will bring together more than sixty former students of the college. The hallmark of the inauguration was honoring the three senior most CETians living in Atlanta, Vijaya Kumar Nair, Ajith Nair, and Bahuleyan Nair. The inaugural celebration also highlighted the ‘CET Spirit Wear’ distribution to remind about CET days and keep up team spirit.

The chapter discussed several initiatives that would benefit the community and former students. Binu Kasim informed the meeting that he would look out for opportunities in volunteering, where the knowledge and skills of the members could be utilized for the benefit of the Atlanta community. Charity organizations like Habitat for Humanity, Meals by Grace, and Hosea Feed the Hungry were suggested for partnership in this initiative. CETAA also will partner with other Indian associations and the Consulate in Atlanta to make the best use of its talent pool for the benefit of the community around us. A snap drive for supporting the family of a former student who met with a tragic end in Oman raised about five hundred dollars. 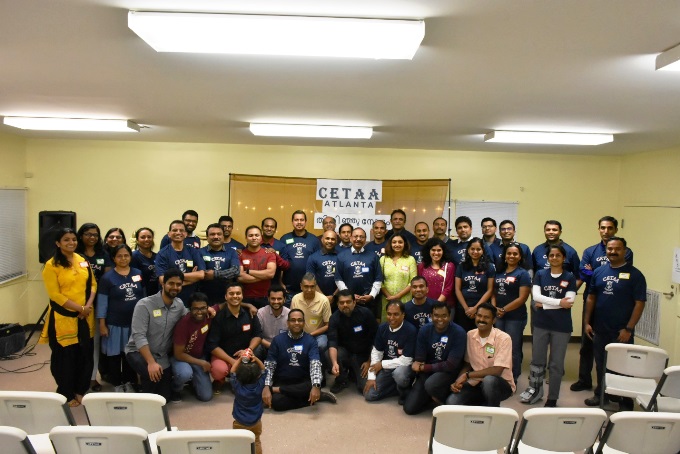