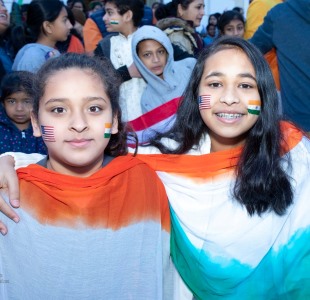 The 71st Republic Day observance and celebrations were carried out on January 26, 2020 with dignity and pride by the Indian Consulate for the Southeastern United States. The morning rituals began on time at the Consular lawns with the Indian national anthem and playing of dhol and tutari. The unfurled Indian flag shed rose petals, a typical Indian welcome, covering the green lawn with a tint of the rose red. After paying homage at the Gandhi bust outside, Consul General Dr. Kulkarni read a synopsis of Indian President Shri Ram Nath Kovind’s speech. The gathering of about 150 people dispersed after enjoying the refreshments catered for the occasion. 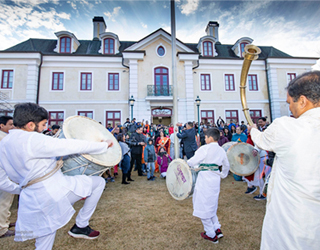 The morning rituals on the Consular lawns featured the playing of dhol and tutari.

The hall was decorated with banners of Incredible India, and two large screens on either side of the stage played video footage of the actual Republic Day Parade at Rajpath, New Delhi, India. To view the screened parade was simply breathtaking: the pageantry of people, the gallantry of the Armed Forces’ marchpast saluting the President, the colorful floats representing each Indian state displaying the respective state’s uniqueness— all was excellent to watch.

Consul Asim Kumar, Head of Chancery, was emcee. In his humble and humorous manner, he recognized the star attendees present and greeted the audience with a classic Indian welcome. Besides giving excerpts from the President Ram Nath Kovind’s address, the Consul General also delivered spell binding statistics of India’s meteoric growth and current dominance in the world, about India’s rise in Indo-U.S. bilateral trade and education.

A cultural bonanza of four dance performances was presented by students of Subhatra Sudarshan (Bharathakala Naatya Academy), Neeta Surange (NG’s Dance Group) representing Maharashtra Mandal of Atlanta, and NNKB, with elements of folk, Kathak, Bollywood, etc. While some attendees spoke to performers and others took photos with the Consul General, the rest of the crowd bee-lined for the delicious spread catered by Narendra Patel of Madras Chettinaad.

It was a superbly executed presentation by the Indian Consulate in Atlanta. 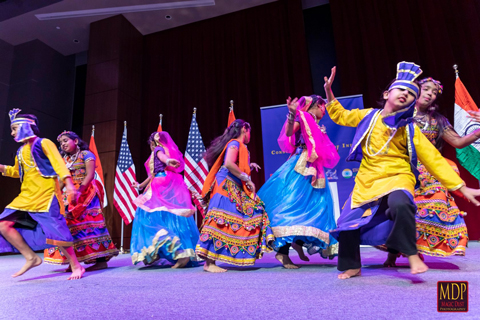 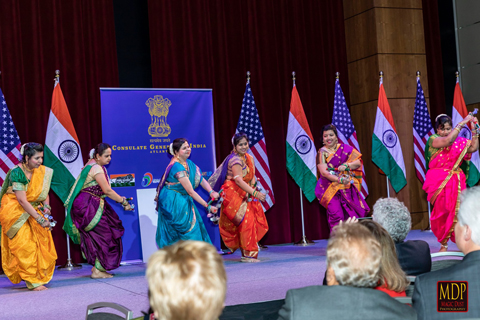