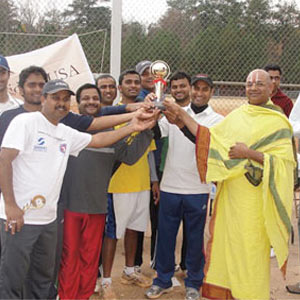 Sixteen teams competed in the 2010 Sewa USA Cricket Tournament held at North Park, Alpharetta, GA starting on the 13th of November. The semifinals and finals were held the next day, concluding with Palatial Tech as the winners of the Tournament League Champions Cup Trophy and Monsters as the 1st runner up team.

Proceeds of the tournaments go to Sewa’s Bhutanese Refugee Empowerment project in Atlanta.