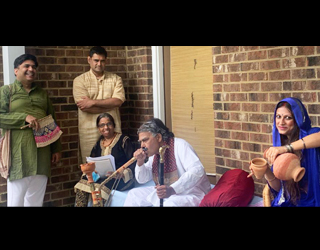 In November 2020, Dhoop Chaaon, a 13-year-old Hindi theatre group in Atlanta, presented Bade Ghar ki Beti, a play over digital media. This play was filmed and presented at an online theatre festival, Prayash 2020, organized by Swati Dey Productions. It is based on a popular story written by the famous Hindi author, Munshi Premchand who was known for touching upon social issues faced by the peasant class.Set in rural India, the story revolves around an affluent woman getting married into a middle-class family, and her trials and tribulations as she adapts to her new home with class and elan. 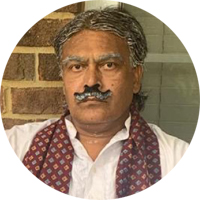 Armed with the knowledge and experience of using different recording and film editing techniques that were covered in workshops held earlier, the play went through a seamless process of filming and editing. The result is a short film with all the trimmings of authenticity with regard to the set and the characters. 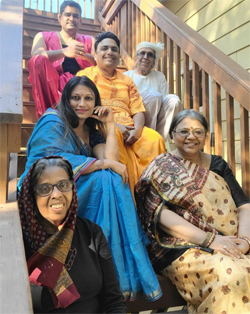 Under the leadership and vision of Dhoop Chaaon director, Sandhya Saxena Bhagat, the backdrop of the play was set up using limited resources, duplicating a village atmosphere. It is hard to tell that the shooting of the play took place in the backyard of some houses right here in Atlanta! Anil Bhagat was behind the camera as the cinematographer, while Svayam Sarkar, a talented 13-year-old from India, worked on editing. The team of actors included Akila Giridharan, Asha Gupta, Mohammad Shoaib, Rita Kapahi, Ritambhara Mittal, Premanand Goswami, Sudhir Agarwal, and Samarth Agarwal.

Available to watch on Dhoop Chaoon’s YouTube channel, the play is yet another production by the group during the pandemic, coming after Ek Naav Mein Sawaar and Nirupaji ka Laal.