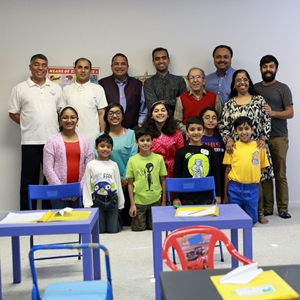 Dhoop Chaoon Hindi Theatre Group recently produced and released two short films, “Natkhat Rangeelay” and “Ye Auratein Bhi Kya Bla Hain.” Local artists of all age groups participated. The group hosted a free movie screening at Fusion Event Hall on February 19, 2017. The cast and crew of the films spoke about their roles, their journey with the production, and their love of South Asian arts.

Language is an open window to a culture, and Hindi is a very powerful language. Kids born thousands of miles away in a different country should not be denied access to it. Efforts like these help them stay connected to their roots: Sandhya Bhagat started an acting school for kids called Natkhat Rangshala to teach Hindi through acting. Dhoop Chaoon Hindi Theatre Group’s three main objectives are keeping the Hindi language alive, promoting the culture, and entertainment. The group presents everyday stories on stage and in films in a humorous manner. 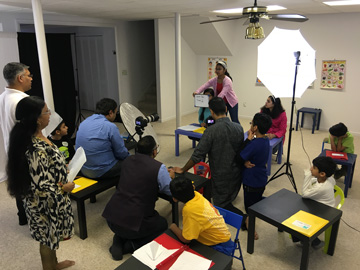 “Natkhat Rangeelay” was the first short film made by Dhoop Chaoon. Scripted by Sandhya Bhagat and directed by Shankar Mahadevan, the film shows kids attempting to learn Hindi from a teacher who thinks that he is teaching Hindi—but is he? The concept for the film was taken from real observation and was brought to life on screen with “naughty buddies” as a comedy. Cast and crew: Akash Joshi, Advait Shivram, Ananya Jain, Aneesh Agarwal, Ayan Agarwal, Pooja Hanumasagar, Sanjeev Agarwal, Shruti Mishra, Vedarsh Mishra. Assistant Director, Rachita Iyer. Production Manager, Anil Bhagat. Cinematographer, Anuj Jain.

About 75-100 folks attended the screening, including Consul D. V. Singh. Special thanks to Anjali Chhabria of TV Asia for coverage, and to Shamim Dalwai and Dr. Nazneen Dalwai and for providing the venue. Tea, samosa, and sweets were provided by Dhoop Chaoon team members. A Q&A session followed the screening, at which the director, writer, and actors spoke about the filmmaking. Including planning, casting, several days of filming, and editing, the project took about one month.


Natkhat Rangeeley
DhoopChaoon
Published on Jan 18, 2016
This video is about Natkhat Rangeeley and their attempt to learn Hindi, from a teacher who thinks that he is teaching Hindi but is he?
https://youtu.be/kwMIW-blWR0 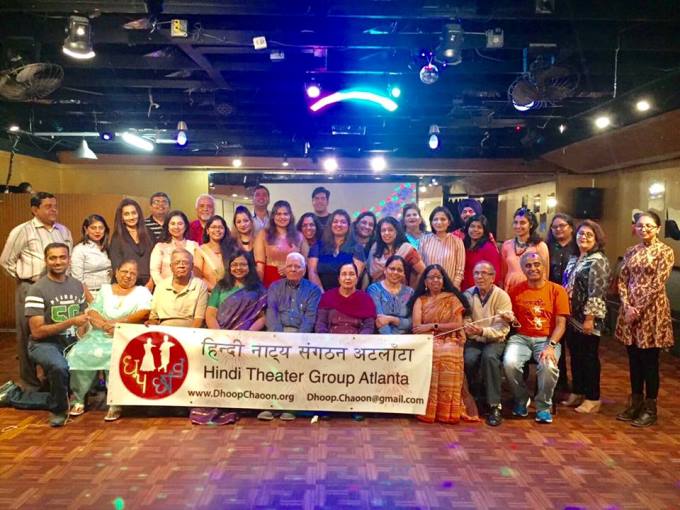