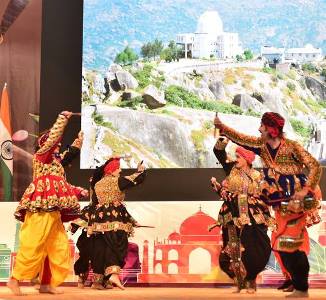 The Consulate General of India–Atlanta, along with Indian-American associations, organized a spectacular Diwali Fest on a sunny Saturday, November 17, 2018 from 3pm-8pm at Sumant Center in Lake City, GA. This was envisioned as the beginning of working towards unity among various Indian organizations to strengthen the community. Over 2,200 people attended in an ambiance of Diwali. 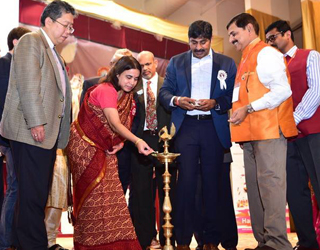 What would be more appropriate than to light the auspicious ceremonial diya for a Diwali event? CG Kulkarni with other dignitaries and hosts. (Photo: Krish Photography)

Dignitaries and hosts stand for the U.S. National Anthem, which was followed by the Indian “Jana Gana Mana.” (Photo: Krish Photography)


Dr. Swati Kulkarni applauded Indian communities for maintaining Indian culture. Like Christmas, she said, Diwali is one of the grandest and most joyous festivals in India. All these festivities foster universal values, reminding us to follow paths of virtue and honesty, peace and prosperity—victory of good over evil. For farmers, it is the beginning of harvest season and for traders, it starts the New Year. And festivities nurture social bonding and communal harmony. In every country she has travelled to, she said, top political leaders have applauded the contributions of Indians towards development of that country and praised their civic commitment, hard work, industry, creativity, and integrity. People of Indian origin have contributed to their adopted land and their homeland, and their contributions are significant.

In 1947, after Independence, the world watched closely to see if the new India would survive, Dr. Kulkarni continued—we defied all fears and overcame them through extraordinary resilience, shown by democratic institutions and our strong system of parliamentary government. Responsive administrative set up, supreme constitution, free press—above all, our people have embraced democratic institutions. Now the fearful query is replaced with whether India will become an economic powerhouse and if so when.

The country has bridged its diversity of languages, religions, ethnicities, different costumes and food habits by politely agreeing to disagree; the diversity is nurtured well, and we have converted it into unity of cooperation and collaboration. Democracy is not only a political system, but a way of life and philosophy of life, she emphasized. 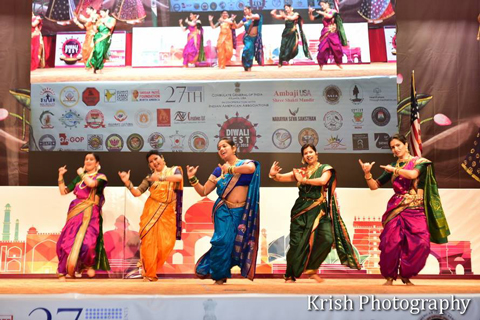 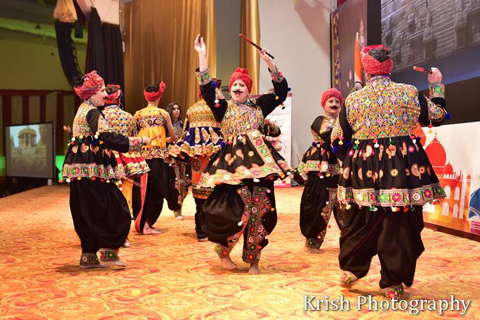 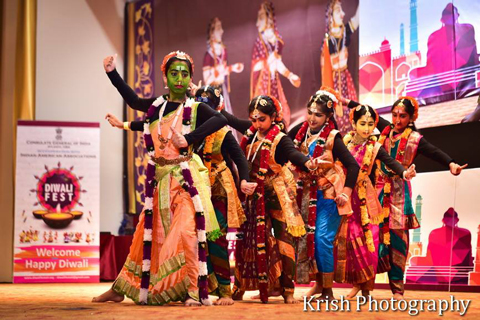 Religion is a powerful source of bonding, but so are culture, social development, and history. An individual is respected in society for achieving success academically and financially, but now is the time to do this collectively. If Indian students can manage successfully one Indian Student Association (ISA) or Indian Cultural Exchange (ICE) in universities, no matter where they come from, then why can’t we adults, she asked. Now is the time for collective and united efforts. We have to live together, lead together, think together, walk together, work together. Today we have sown the seed of unity, and we will nurture it with a spirit of harmony and brotherhood. She expressed her happiness that the community accepted her challenge to unite, starting by organizing Diwali Fest.

The first ministerial delegation to visit Atlanta was Hon. Minister of State for External Affairs, General V. K. Singh’s. The objectives of his visit were, first, to launch the Passport Seva Project, an online end-to-end service that will be easy and convenient. Second, to inaugurate the Southeast Regional Chapter of the National Indian American Chamber of Commerce, that will provide a platform for development of Indian American commerce to benefit both countries. Then a bank and direct flights from Atlanta are works in progress. She concluded with Happy Diwali, Happy New Year, Happy Inclusion—the mantra of the evening, thanking all who produced this event.


Newly-elected Georgia State Senator Sheikh Rahman assured all that our community will be well represented and requested prayers to be able to do his duty well.

Dr. Kulkarni announced November 2, 2019 as the date for next year’s Diwali celebrations—a bigger event with even better participation from organizations.