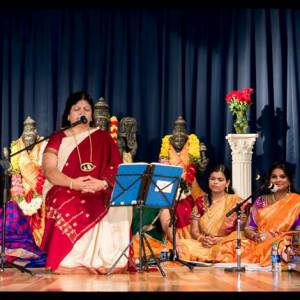 The audience then got a devotional journey into the mind of Saint Annamayya, through the melodious voice of Dr. Shobha Raju. "Narayanate Namo Namo" was an apt song, given that she was singing directly below lord Venkateswara's garbha gudi. "Kondalalo Nelakoona" reminded everyone of their beloved Tirupati. Dr. Shobha Raju beseeched lord Venkateswara on behalf of the audience with "Vinnapalu Vinavale." "Muddu Gare Yasodha" heralded the birth of lord Krishna on Janmashtami. Finally Dr. Shobha Raju's performance ended with the supreme truth that we are all one and the same, irrespective of our caste, religion, and race, as no other song can with her rendition of "Brahmamokkate Para Brahmamokkate." 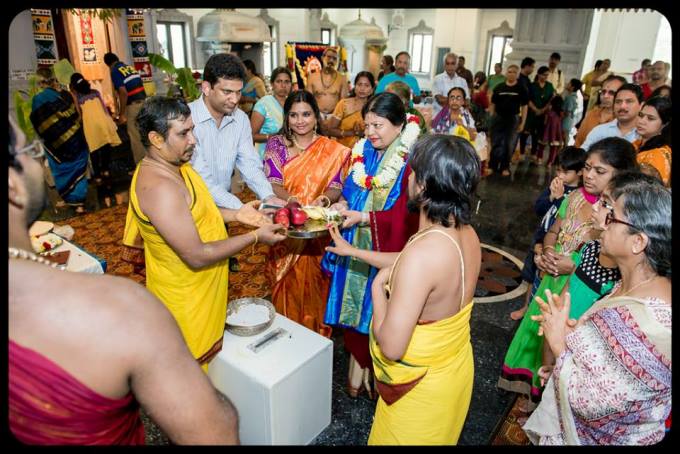 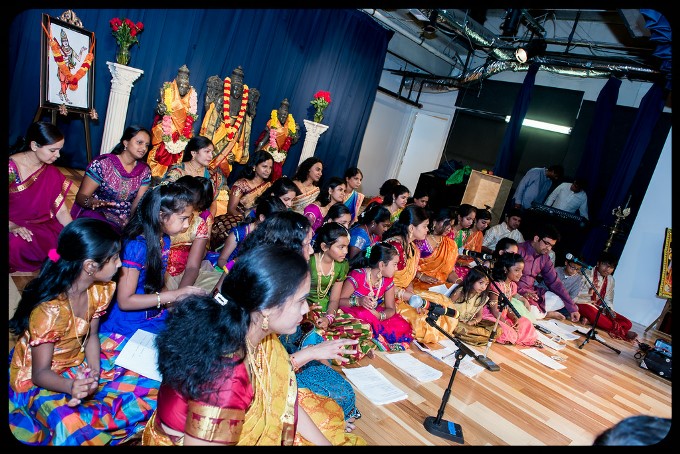