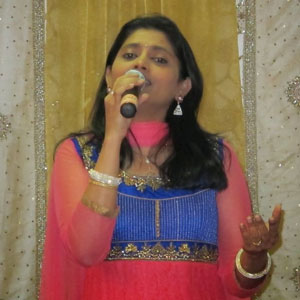 Atlanta’s music lovers were in for yet another musical treat when versatile playback singer Rana Chatterjee and Group performed at Impact Banquet Hall, Global Mall, Norcross, GA on Saturday, March 7, 2015. The troupe started its U.S. tour from Jacksonville, Florida on February 28 on Ekal Vidyalaya Foundation of America's 2015 Annual Fundraiser to help eradicate illiteracy and educate and empower rural and tribal India through Ekal one-teacher schools. After raising sponsorships for 1160 schools in six Florida cities (Tampa sponsored 600), they enraptured over 250 music aficionados in Atlanta.

The five wicks of the ceremonial lamp were lit by five luminaries of the Atlanta community: Hon. Srinivasan Rangachari, Deputy Consul and Acting Consul, Consulate of India in Atlanta; Harsha Agadi, Chairman of Quiznos and several other food and related corporations; Dr. Jagdish Sheth, Professor of Marketing at Goizueta Business School, a renowned scholar, prolific writer, and thought leader; Suresh Sharma, CEO of Innovolt and JS3 Global, author and internationally acclaimed business leader; and Mohan Kapur, motivational speaker and executive coach. The last three have been on Ekal’s Advisory Board ever since they were panelists on Ekal’s Power of Education Forum held in September 2014 and were impressed with Ekal’s work. 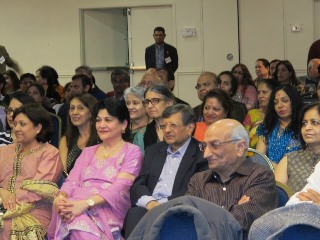 The event began with Holi flair, as attendees were served a welcome drink, a delectable thandai from the World Hindu Council of America (VHPA). A sumptuous dinner, dessert and mid-program tea have become the hallmark of Ekal programs. Ekal Southeast Region President Chander Aggarwal introduced the artists: Rana Chatterjee, who has given playback for Bengali movies and performed all over India, UK, UAE, South Africa, and 14 consecutive shows in Dubai; Sangeeta Melekar, who is also a versatile singer for over 25 years and who at a very young age sang on Zee TV's SAREGAMA as a guest artist; Piyush Bhatt on the melody synthesizer; Daxesh Patel on tabla and percussion instruments; and Jaykumar Natu, the rhythmist. All have been performing for over 20 years and dazzled the audience with their prowess. 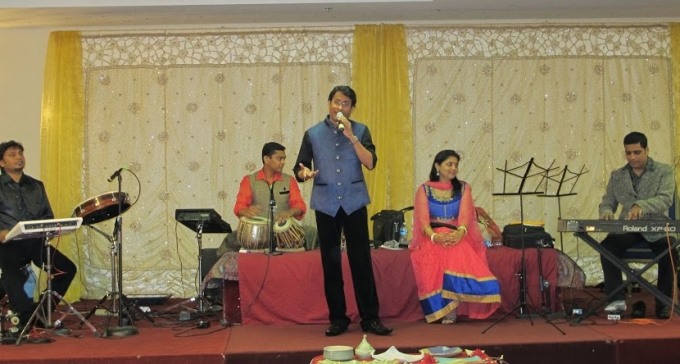 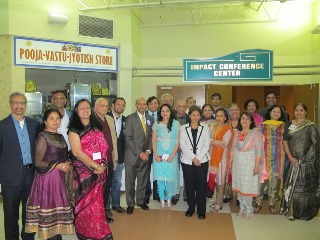 A local artist and Ekal sponsor, Shipra Chordia donated seven of her pottery creations which were raffled to the school sponsors at the end. Ekal emcee, Rachna Gupta, encouraged other local artists to showcase and donate their talent.

A presentation by Amit Sabnis showed the strides Ekal has made in rural/tribal education, health, empowerment and integrated village development. Over 700,000 girls and an equal number of boys are in 52,523 Ekal schools across India. Atlantans added 59 new schools in addition to the 100 schools they had already raised in December 2014 at Ekal’s Shaam-E-Sangeet event. 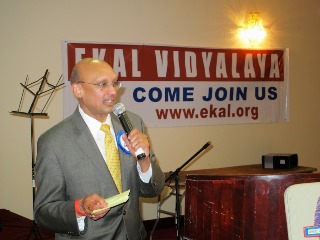 Ekal is inching towards its goal of 100,000 vidyalayas. Sponsors can track the progress of their school at ekal.org.