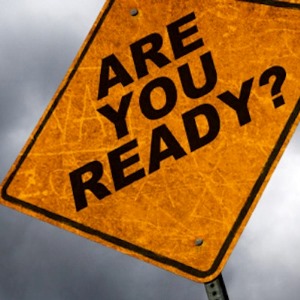 On October 23, 2014, a free Disaster Preparedness Summit called “The First 72 Hours” was held once again in Gwinnett County for leaders of faith-based and civic organizations and diverse communities. The half-day event was presented by Noah’s Ark & Co. (a nonprofit disaster preparedness organization that follows the example of Jesus Christ—to serve by reaching out with love—so that no one will need to be alone or unprepared before, during or after a disaster), in partnership with Joseph’s Network (an organization comprised of churches, community, and business organizations working together in a time of disaster), and the American Red Cross (noted for disaster relief at home and abroad).

Attendees came to learn how to better prepare their congregations for disasters, to understand the roles of emergency response agencies, to involve their communities in disaster relief efforts, to enroll in free American Red Cross preparedness and response training, and to become a part of a network of faith-based leaders.


The Chinmaya Mission Atlanta was represented by its Vice President Manhar Valand, and Saima Ahmad represented the Ahmadiyya Muslim Community (GA Chapter). The Church of Jesus Christ of Latter-Day Saints in Lilburn hosted the event.

“The organizers hope that the network of faith communities established during organizing of this summit will continue to engage and share disaster preparedness related resources with each other,” said Saima Ahmad. “This way if a disaster hits Gwinnett county, then they will be in a better position to face the first 72 hours, the most important time to save lives.”


Local faith-based communities are invited to contact Carisa Hettich of the American Red Cross about the next event in February: Carisa.hettich@redcross.org or 404-575-3177.

Coming in February for local faith based communities to watch for and join in:
The theme is "Diversity in Disaster"
and FAMA (Faith Alliance of Metro Atlanta) is supporting that particular event.
The venue will be the The Temple in Midtown Atlanta, http://www.the-temple.org.
For more information please contact Carisa Hettich of the American Red Cross at Carisa.hettich@redcross.org or 404-575-3177.