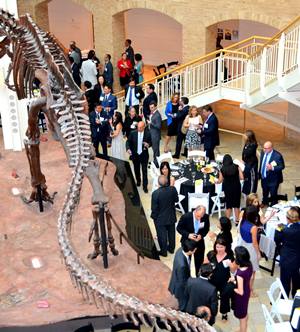 The Georgia Asian Pacific American Bar Association (GAPABA) held its third Annual Gala on Thursday, May 12, 2016 at the Fernbank Museum of Natural History with over 350 guests in attendance, including over three dozen general counsel, judges, NAPABA officers, attorneys from across the country, and other members and friends of GAPABA.

“We are humbled by the incredible success of this year’s Gala, owed completely to the participation of prominent leaders in the legal community, the generosity of our sponsors, and the steadfast support of our membership,” said David Kahng, GAPABA’S President.

Emceed by retired WSB-TV anchor, Monica Kaufman Pearson, the program began with a keynote speech by Don Liu, EVP, General Counsel & Secretary of the Xerox Corporation, who spoke about playing your own game, rather than submitting to stereotypes, and urged the audience to always continue striving to reach new heights in the profession.

A portion of the funds raised will go to benefit the GAPABA Law Foundation, a non-profit organization that provides charitable and educational services for Georgia’s APA legal community.