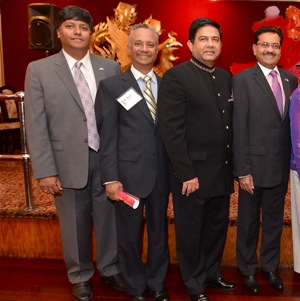 Chairperson of AAHF Ani Agnihotri noted that AAHF has been diligently working to acknowledge achievements of citizens of Asian-American heritage who shape a positive future for all Asian Americans and the community at large. AAHF is working towards having an Asia Center to manage services for the Asian diaspora.

As every year, AAHF gave awards to Asian Americans for their outstanding contributions and achievements. This year’s awardees included Dr. Ray Wang of Georgia Tech; Attorney Neera Bahl, a Director of AAHF; and Home Depot.