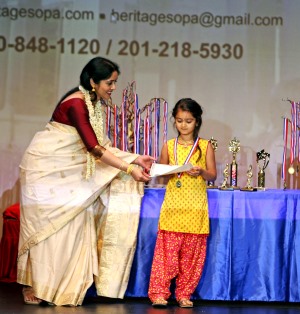 Heritage School of Performing Arts organized their 3rd annual recital at Berkmar High School on May 18, 2019. The wonderful event was filled with Hindustani and Carnatic classical and semiclassical music, Bollywood music, Bharatanatyam and Bollywood dance, and guitar performances. 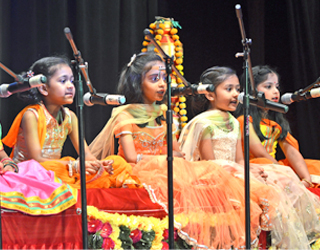 About 100 students performed that afternoon. The opening segment began with Hindustani and Carnatic vocalists performing a shloka for peace from the Upanishads, with a high vibration. The second performance was by Bharatnatyam students who presented the dance form Shiva stuthi, a prayer and offering to the Lord of dance, that breathes sophistication and grace. The third performance was by Bollywood dancers on a song from the movie Bajirao Mastani.

The teachers of the school were recognized, and the guest of honor was greeted. Various genres of songs, dances, and guitar performances were then beautifully arranged one after another. 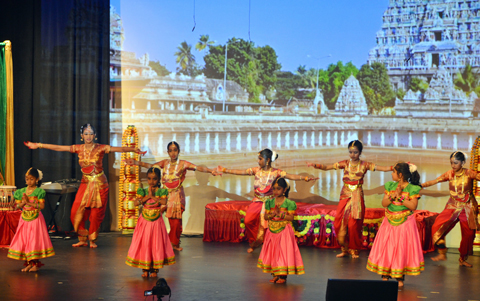 The Bollywood students performed soothing new and old Bollywood songs like “More Rang Do Laal,” “Bahara,” “Isha Sufiyana,” etc., and the audience enjoyed it a lot. The Bharatanatyam and Bollywood dance students’ performances added a different dimension, and the program ended with guitar performances by young budding guitarists, along with a couple of English songs to bring in diversity. 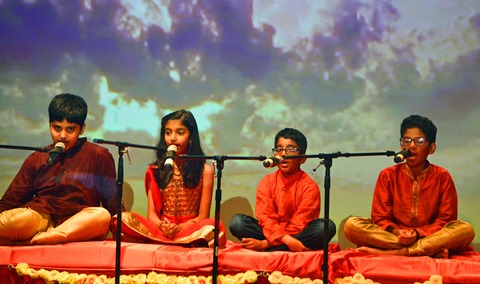 The school gives its students a strong musical foundation by teaching Indian classical music so that they can pick up any genre of song—Bollywood, folk, Sufi, country, ghazals, etc.—easily in the future and so that music will become an integral part of their life.