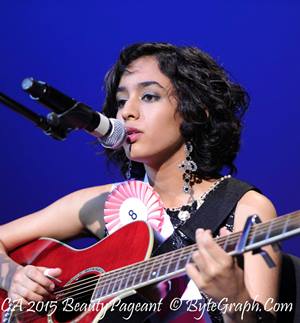 The 2015 IACA Miss Teen Georgia and IACA Miss Georgia beauty pageant was held on July 25 at the Ferst Center for the Arts, Georgia Tech. Called "Timeless Beauty," the pageant had an Egyptian theme. It was also a fundraiser for the Nepal earthquake victims.

To begin the event, Amartya Chander and Ameya Chander sang the national anthems of India and the USA. Bollywood songs followed as the show started with singer Darshana Menon. Emcees were Anjali Tripathi, and Monty Kataria, who had been invited from New York; he made appearances here and later at the Indian Independence Day celebrations at the Atlanta Consulate and at the Freedom Mela. Then the eighteen contestants appeared in an opening dance, and the pageant was under way with much enjoyable singing and dancing and, of course, the question and answer rounds. 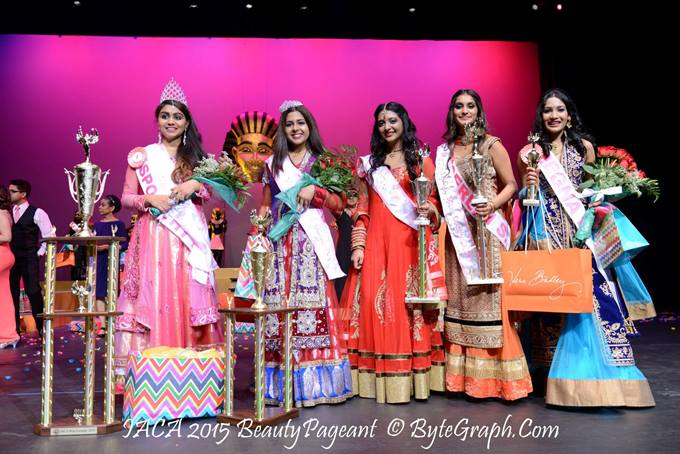 
(If you spot any mistakes in captions, please email AroundTown@khabar.com -- thank you!) [The article above appears only on the website for September 2015, not in the September print/digital issues.]