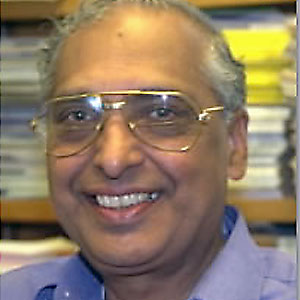 A special tribute was given to the late Dr. P. V. Rao on February 9, 2013 at the India America Cultural Association’s facility, the ICRC, in Smyrna, Georgia, where Dr. Rao had been not only the first president of IACA, but also a guide for the organization, making it a model for many Indian-American cultural and religious associations in the U.S.

IACA president Kaushal Tripathi led the tribute as many people who had known and loved Dr. Rao shared memories with each other and with one of his daughters, Saleena Dakin, who had come from the D.C. area for this special event.

One of the first memories was related by Dr. Paddy Sharma, who told of her meeting Dr. Rao. He had taken into his home a young woman whose husband had abused her; he asked Dr. Sharma to help her, too, which she did by helping her get a divorce, a job, and a new life—P.V. Rao’s high ideals translated into significant actions of his own and influenced those around him.

As we recognize this, said Dr. Majumdar, we should not only celebrate his life but look forward, continuing his response to the world and working together for the common good. 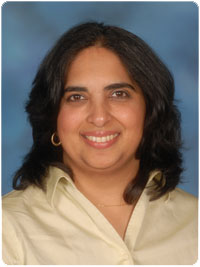 Ravi Ponangi extolled Rao’s spiritual qualities. Dr. Ravi Sarma, who could not attend and so sent a message, had previously written about Dr. Rao (http://www.atlantadunia.com/dunia/News09/N2013/N805.htm), including his literary work. One of Rao’s poems was read to those gathered.

To Ravi and Sasikala Penumarthi, Rao was like family, and his perfectionism and efforts went into her dance dramas. Vir Nanda, Dr. Jagdish Agrawal, Chand Akkineni, and Raj Razdan spoke. Uma Majumdar noted that although Rao was so capable, he was often quietly in the background helping others to shine.

Finally, Dr. Rao’s daughter Saleena shared many memories (photo at left is a formal portrait, previously taken). Her family participated in many IACA activities, including a stage presentation of the Ramayana, so she said that she has felt that IACA has been her extended family. She thanked IACA for the tribute to her father. Dr. Majumdar recited a prayer and asked for two minutes of silence—and then IACA brought out “the famous” samosas so that the gathering could end with a smile, on a note of celebration, nourishment, and love.