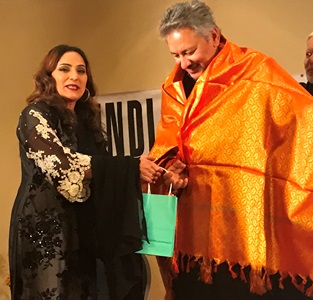 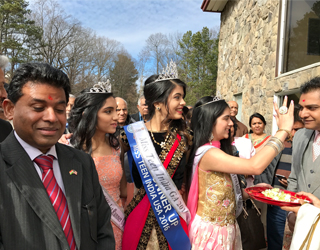 The sunny Sunday of January 29, 2017 was well spent by those attending. Miss Teen India Georgia 2016 Crystal Favorito along with first and second runners-up Henna Mian and Arisha Captain welcomed the chief guest and VIP members with traditional tikka. After the flag hoisting by Hon. D. V. Singh, the President of IACA, Rina Gupta, welcomed the audience and described plans for more social and educational as well as cultural events. 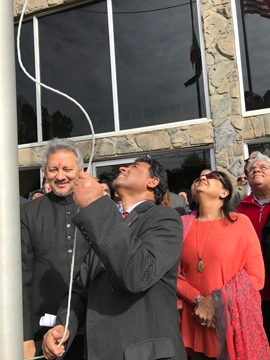 The entertainment program, put together by Geetanjali Talukdar, Vice President of IACA, began with India’s national anthem by children of Vishwa Hindu Parishad Balvihar—very inspiring to hear the little ones sing so confidently. Emcee Vikas Ratan Goyal encouraged the audience to enjoy every moment as he connected artists and audience by his questions. 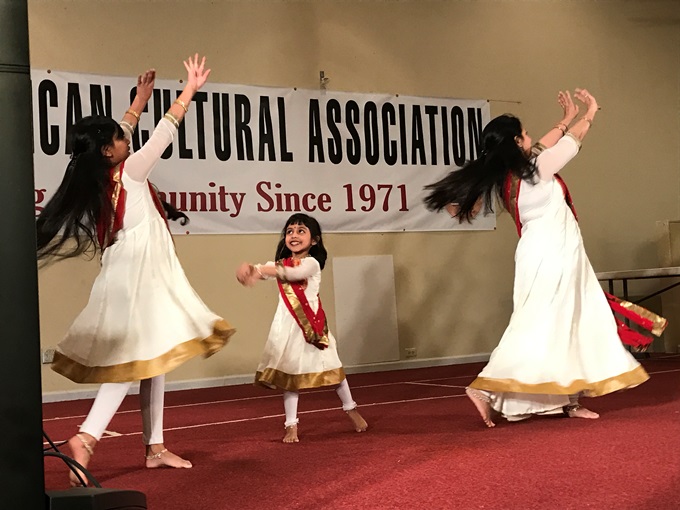 Mr. S. P. Singh, from a family of freedom fighters, reminded the audience of the sacrifices of so many who gave up their lives for India's freedom. 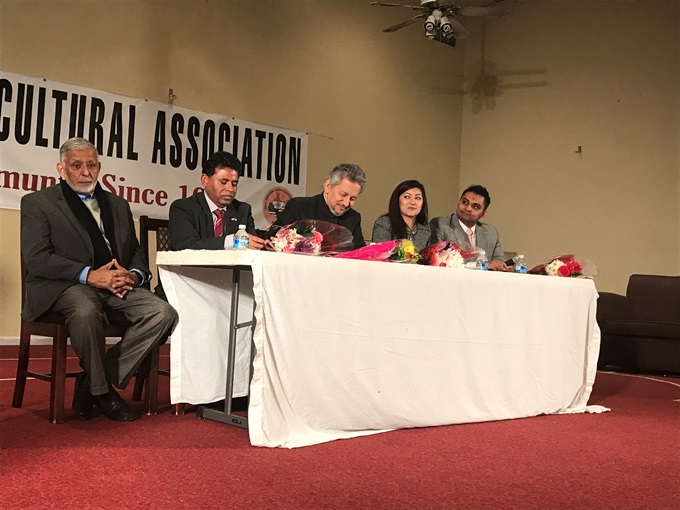 Prof. Naim briefly explained how democracy works; our participation helps both government and other institutions like the press to help the country. The government may change but the allegiance is to the constitution. He emphasized the need of communities in order for democracy to work. Community doesn't mean the same kinds of people, but whose purpose is the same even when the members are different.

Dr. Hasan Kamal encouraged everyone to give up differences and get involved in IACA again. His genuine concern of the community disintegrating and the need to rebuild IACA was a reflection of a true community leader.

Head of Chancery D.V. Singh said, life is short, be happy, and if you can, make others happy. He encouraged people to contact his office if any help is needed regarding Indian visas.

Attorney Shipa Jadwani encouraged people to be informed and involved. She addressed the following topics:
1) The current ban only extends to nationals of the seven countries in the Executive Order; thus persons of Indian origin and Indian nationals are safe to travel without problems or issues of return.
2) Two bills pending in the U.S. House of Representatives could revamp the entire H-1B System. They could eliminate the H1B Lottery Selection System and instead propose that selection be based on the highest salary offered. They could eliminate country limitations. These changes are so that employers do not use H1B foreign workers while disadvantaging US workers.
3) The Trump Administration might get rid of some of the positive changes brought by President Obama's Executive Order, mainly a) the H-4 EAD rule which allows the H4 spouses of H1B visa holders to obtain employment authorization if the H1B spouse's "green card process" has been initiated by the H1B holder's employer and b) the 2-year STEM Extension Rule which allows F-1 students to obtain an additional two years of Optional Practical Training status with valid employment authorization if their degrees are in Science-Technology-Engineering-Mathematics. Both of these rules have been tremendously helpful to Indian nationals in the United States. However, these rules have not been withdrawn yet, so community members can reach out to their local congressmen and let them know how they would be impacted if these two provisions were to be revoked.

Attorney Manoj Mishra is optimistic about India’s future economy, saying that technology will help India become the third most economically powerful country by 2021. Demonetization will help reduce corruption as the country goes cashless, and the banking industry will be strengthened by use of wire transfers and credit cards. Farmers will be forced to open bank accounts which will help them export their products. Technology helps communication. Soon the USA will need India and not the other way around, he said with pride.