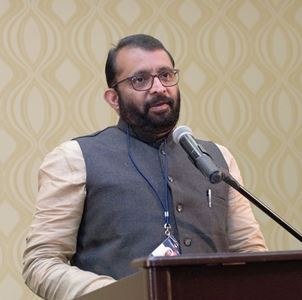 The Government of Kerala was in the process of revamping the flood relief program to make it more transparent, said P. Sreeramakrishnan, Speaker of the state’s Legislative Assembly. He was speaking at the closing ceremony of the Fifth International Media Conference of the Indo-American Press Club at the Atlanta Airport Marriott Hotel, Georgia on Sunday, October 7, 2018.

IAPC Chairman Dr. Babu Stephen assured that people of Indian origin were totally committed to helping the government of Kerala in its flood relief efforts.

Ginsmon Zacharia, former chairman of IAPC, said that the organization was not just a team of working journalists but also included other media professionals such as video editors, camera operators, photographers, and anchors.

(Left) Special recognition was given to veteran journalist Mahadev Desai of Atlanta.

The three-day conference featured seminars and panel discussions that were led by experts in various fields, and were attended by celebrities from the fields of media, business, and the film industry.

Fashion Show during the entertainment program.

Noted cine artiste Sudheer Karamana was the chief guest at the entertainment programs presented by the young talent from Atlanta.

The seminar ‘Contemporary Politics and the New Media’ was presented by professors of Georgia State University, George and Salli Vargis, and was facilitated by Anil Augustine.

A creative writing workshop for young children was conducted by The Young Leaders Academy (TYLA), coordinated by Anil Augustine.

Dr. Thomas Mathew Joys was honored for his outstanding contribution to IAPC since its inception. George Kottarathil, John K. George, and Suresh Thomas were also recognized for their participation in all the five conferences held by IAPC. The hosts of the event, members of the Atlanta Chapter of IAPC, were specially invited to the stage and honored by the Chairman.

During the program intervals, Geethu Venugopal, Andrew Jacob, Ninan Kodiyattu, and Roy Thomas regaled the audience with their songs in Hindi and Malayalam. 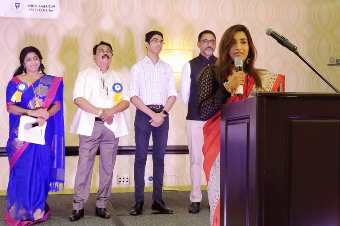 (Left) Emcees during the closing ceremony.

The event was followed by a ghazal presentation by Ali Bhai and Neera with Dr. Nithin Mayur on Tabla. 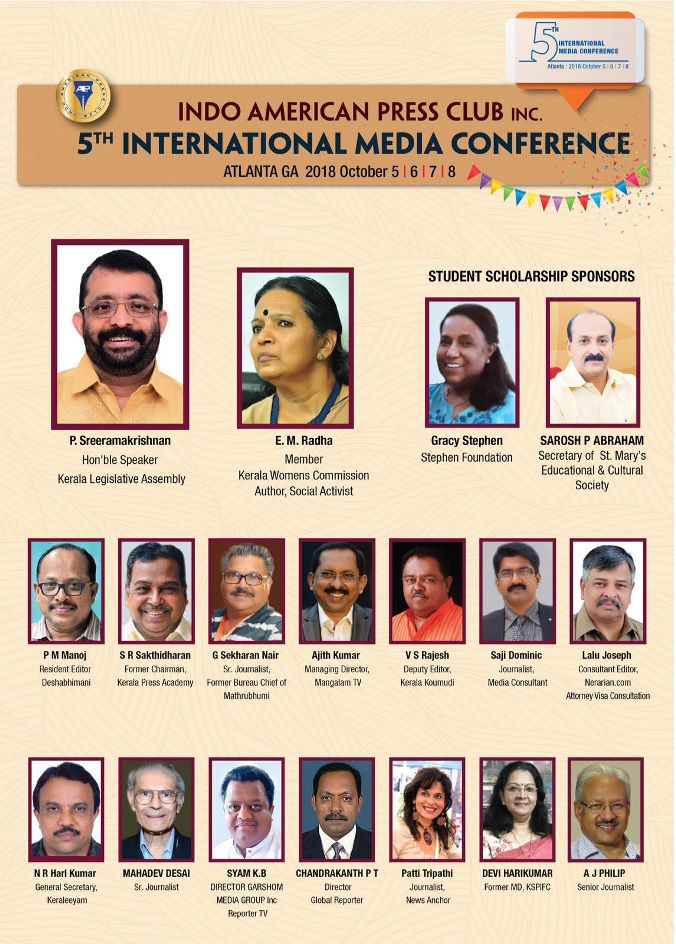