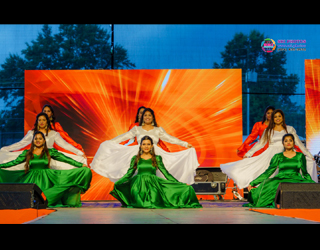 The occasional downpour of rains during the day did not dampen the spirit of the community that turned out in huge numbers. More than 5000 guests of all ages turned out to celebrate freedom with pride. The event venue was elegantly draped and decorated with Indian and American flags. Many arches of balloons in Indian tricolor were set to create the right ambiance for the occasion. 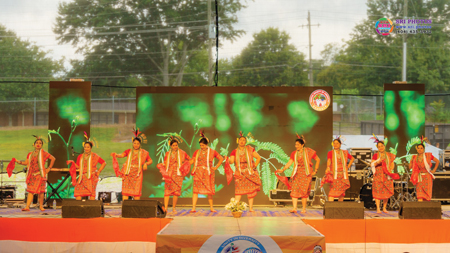 The master of ceremonies Sree Vani kicked off the events by welcoming the guests. The opening performance of the Muzhangu Parai dance team playing vibrant beats on traditional drums and dancing in rhythm was quite energetic. Several teams of local academies entertained the audience with their patriotic-themed musical and dance performances.

[Right] Many cultural performances were part of the Freedom Mela celebrations.​

The American and Indian flags were hoisted by Georgia State Representative Todd Jones and Dr. Swati Kulkarni, Consul General of India in Atlanta. This was followed by renditions of respective national anthems. 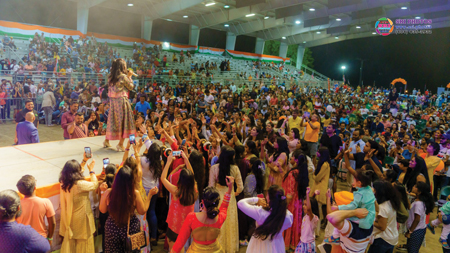 IFA 2022 President Kishan Tallapally introduced IFA founding members and IFA executive committee to the audience. Tallapally welcomed the audience and congratulated them on the occasion of 76th Indian Independence Day. He spoke about the history of IFA and the services that the organization has been providing to the Indian as well as the local communities since its inception in 2014.

[Left] Vidya Vox and the band performed a rocking concert for the crowds.​

After all the local performances were completed, the final highlight of the evening was the rocking music concert by Vidya Vox and her band, performed to the raving throngs of a youthful audience.