COVID-19  In-depth info for Indians in Atlanta/Georgia. Click here
Home > Magazine > Around Town > Indian American and other AAPI communities are at increased health risk due to disaggregated data 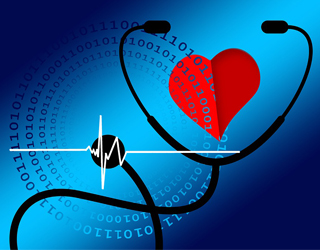 But in the American health system, this ethnicity-specific prevalence of diseases is not accounted for when practitioners make health choices concerning us. This is because they do not have disaggregated data that gives them access to that information for the AAPI communities—data that can be critical in resolving health disparities. Instead of recognizing the sub-ethnicities of Asian Americans, they are all clubbed together by the U.S. healthcare system.

Recently, a webinar was organized by Ethnic Media Services to discuss the importance of disaggregated health data for the AAPI communities. It has been found in recent research that people from different AAPI countries such as India, China, Japan, Korea, Vietnam, the Philippines, the Pacific Islands have divergent risk profiles and responses to medications.

In fact, less than 1 percent of the National Institute of Health’s total funding is granted for research on health issues faced by the AAPI community. This is despite the fact that Asian Americans are the fastest-growing racial/ethnic group in the U.S. projected to reach nearly 34 million by 2050.

“We all fall under the ‘Others’ category in the system. We are the ones not counted,” says Dr. Bryant Lin, a Stanford professor of medicine who, in 2018, co-founded the Center for Asian Health Research and Education with Dr. Latha Palaniappan. To underscore the importance of disaggregated data, he shared the case study of a Chinese American who developed a life threatening skin condition as a side effect to a medicine which was not labeled as potentially risky for people of Chinese descent.

The reason for this lack of disaggregated data is systemic racism, says Dr. Lin. “Given the history of racism, we do face concerns about self-reporting the ethnicity.”

Dr. Winston Wong, a Scholar-in-Residence at the UCLA Kaiser Permanente Center for Health Equity agrees, “The capacity to disaggregate data for AAPIs within the electronic health records is there. But the political will and the leadership across health care systems is still lacking.” Even though Epic, the most widely used medical records system in the country, has the capacity to handle trillions of data bits every day, what is also required is cultural sensitivity on the part of data collection staff when asking these questions.

The need for disaggregated data became apparent during Covid when some ethnicities proved to be more at risk than others. While the media reported Blacks and Latinos as the most affected by Covid, it was actually Chinese Americans that had the highest death toll in New York. Similarly, in Northwest Arkansas, it was the Marshallese community of Micronesian descent who were very badly hit because of their living and working conditions; and in New Jersey, it was the Bangladeshi community. But none of this made it to the headlines in the media because of the lack of data, according to Dr. Wong. “This kind of data is only identified at this point by the activists, the community providers, the physicians and nurses who care for that community because they’re providing the culturally competent and linguistically accessible care to these populations,” he said. If this data was captured at the state level, it could be used in allocating resources to these communities.

Worse: the community faced an upsurge in hate crimes as they were blamed for causing the pandemic. “Many Asian Americans, including our patients and our own staff who were coming into work, were being attacked both physically and verbally in so many ways. So our community essentially went underground. Nearly three-quarters of them said they were too afraid to leave their homes. They were hiding from attacks, but also dangerously missing out on critical care, including getting Covid testing and so many other services,” says she.

Among the efforts that are being made to cover the lack of disaggregated data is creating a registry of AAPI community members who are interested in participating in health research. The current low level of participation is also one of the contributing factors for the lack of disaggregated data, according to Dr. Van Ta Park, professor at the University of California San Francisco’s School of Nursing, in the Department of Community Health Systems, and also the lead researcher for the registry. Called, “Collaborative Approach for AAPI Research and Education.” (CARE), the registry was launched during the pandemic through an NIH/NIA R24 grant. Of its goal of recruiting 10,000 members of the AAPI community who are willing to participate in research, it has already recruited 9,300. These participants speak Chinese, Mandarin, Cantonese, Hindi, Korean, Vietnamese, and Samoan. So far, 500 recruits from the registry have participated in 27 studies.

Highlighting the need for AAPI participation in research, Dr. Park discussed how one out of every three people in the U.S. will be affected by Alzheimer’s, and yet the AAPI community participation in research is just 7 percent. She spoke of an initiative by CARE called the “Asian Cohort on Alzheimer’s Disease,” which is a study conducted in both U.S. and Canada to explore the lifestyle and genetic factors that exacerbate the risk of Alzheimer’s disease in the AAPI community in these countries.

As the AAPI community continues to grow rapidly, it is imperative that not only the share of the community in healthcare research funding matches its needs but also that disaggregated data becomes an urgent step in avoiding increased health risk for the community.