By Deepti Sivakumar
May 2012 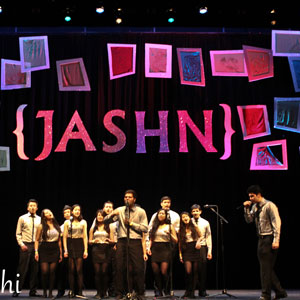 The Ferst Center at Georgia Tech was buzzing with excited students, performers and nervous parents on April 7th. What’s the occasion, you ask? It was time for Jashn—the annual Holi show hosted by the India Club at Georgia Tech (ICGT). Every year ICGT organizes a Holi event which showcases student talents from several colleges in Georgia. Jashn 2012, as this year’s event was called, was a celebration in every sense of the word.


The show featured four musical groups, eleven dance groups and eight emcees that set the stage on fire with their performances and enthralled the captive audience. Jashn 2012 also marked the beginning of India Club’s new service initiative—the Azadi Initiative—which strives to guide local Bhutanese refugee students through high school and the college application process. The event also had a raffle where Kaplan gave away a test-prep course as the first prize. 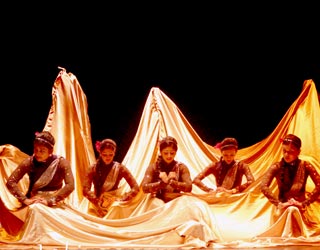 The performers included teams from Georgia Tech, Georgia State, University of Georgia, and Emory. The a cappella rendition of the Indian and American national anthems by Georgia State's group Lamhe provided a beautiful start to the evening. Some of the acts, like Georgia Tech's Qurbani, were inspired by cult Bollywood movies and struck a familiar chord with the audience. Satrangi based their performance on a game of Antakshari, while Narwin Theory from UGA played some music for the soul. The evening also saw performances from some Holi show veterans like Ramblin Raas, Tufaan, and Pulse. The guest act by Soso Desi & Pathik accompanied by Jazba was a crowd pleaser. The GT Senior Dance was especially memorable, as it was the last performance at GaTech for the entire team. Other crowd favorites included Emory Savera, Impact, Taal Tadka, Nazaaqat and Emory Karma. 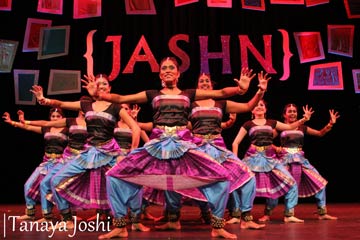 Performances were peppered with humorous and topical acts by the emcees. “The Holi show is a burst of colors, music and excitement. What more do you need for a memorable evening,” says Mehreen Memon, an Atlanta-based Investment Analyst. Memon has been a Holi show regular for six years now. “Attending the Holi show has become a ritual. I look forward to the performances and love cheering for my friends on stage,” she says. 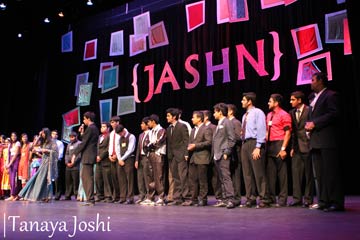 As for the home team, ICGT is more than happy with Jashn 2012. “As a planner, performer and a viewer, I loved every moment of Jashn. It was my last show and performance as a Georgia Tech student and it was perfect, thanks to the ICGT Board. I couldn’t have asked for more,” gushes Payal Kakadiya, a Biochemistry Senior and VP- Logistics, ICGT.

Then alphabetically by group:


Similarly, here is a previous performance by Narwin Theory:


And one by Ramblin Raas: