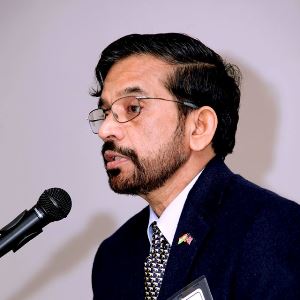 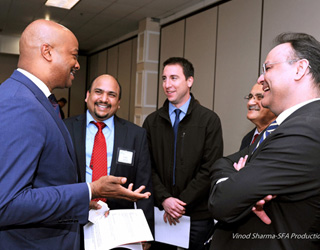 Welcoming the guests, IPN team-lead Ravi Ponangi noted that the two communities had been working together since 1987 in Atlanta, with mutual understanding and respect making strong ties between India, Israel, and the U.S. still stronger. India is one of the few countries in the world where Jews have never experienced anti-Semitism. The first resolution passed after the creation of Israel is said to have been to thank India for this. He commented on Jews and Indians being the most educated in the U.S., with similar economic progress and cultural and spiritual values. Yet sadly there is not enough exposure of one to the other. If both communities come together we can learn from each other and have a stronger voice in America, he said.

IPN facilitates communication, networking, and mentoring among its members, and strives to help members from diverse professions connect with each other. It has promoted Indian and Jewish collaboration since its inception. IPN–Atlanta hopes to carry forward the vision of founder Dr. Narsi Narasimhan.

Panelists discussed future opportunities. Consul General Nagesh Singh gave many examples of connections between the three countries. There are 45 to 50 Indian-American companies working in Atlanta, and Georgia companies are working in India. He spoke of personal relationships initiating business investments, finding markets in India, or importing resources. There are trade agreements between India and Israel. Israel has the most startups per capita, and India, at #3, has the fastest-growing economy in the world, overtaking China. Israel has rising production, he said, and so wants to export. Israel has contributed to India’s defense sector and agriculture, and has partnered with India in the dairy sector and water treatment.

Kwanza Hall told of his trips to India and Israel, noting that the two countries honor their traditions, are leaders in rapid investment in innovation, and embrace entrepreneurship. Both communities have helped put Atlanta on the map. And Atlanta in turn, has a great business environment, with Fortune 500 companies that can become clients of startups. 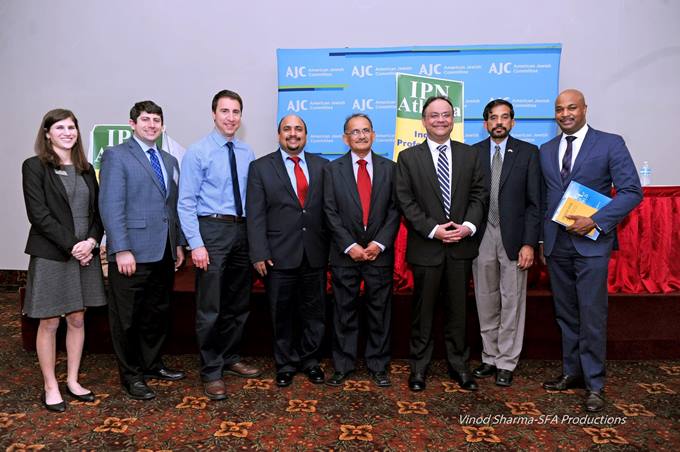 Julie Katz described the work of the AJC, American Jewish Committee; Guy Tessler, whose organization builds business relations between American and Israeli companies, described the 2016 Atlanta launch of the Atlanta Tech Gateway to Americas, an export portal that helps international companies navigate Atlanta’s businesses. The first countries for the program were India and Israel. Cooperation, Tessler emphasized, leads to success. 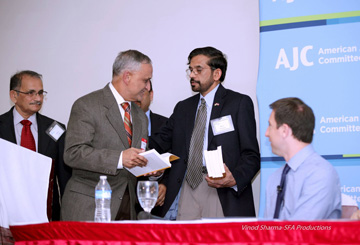