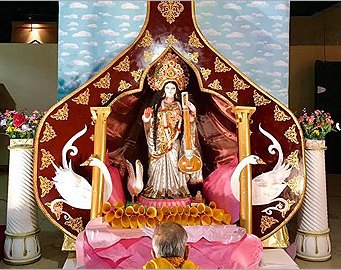 The Bengali Association of Greater Atlanta (BAGA) celebrated Saraswati Puja on February 4, 2017 at the Gujarati Samaj in Tucker. A beautiful altar for Goddess Saraswati was created to house Divine Mother Saraswati in a structure resembling her veena, surrounded by swans that are her vahana and seasonal flowers recreated with paper, symboli​zing the heralding of Spring. 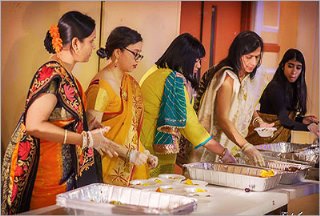 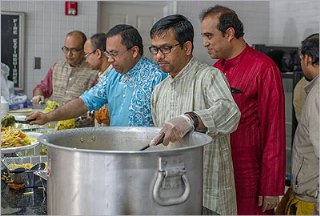 The all-day event was organized with children and adults participating in various creative arts: drawing, music, and dance. The day began with offering of flowers or anjali to Saraswati while mantras were chanted by the priest. The puja includes initiating new students before they start formal education; students seek blessings of Mother Saraswati by writing in her presence. Prasad was distributed, and a scrumptious yet traditional Bengali lunch featured the much loved khichudi, a variety of bhaja, labra, chutney, and notun gurer payesh.

Following lunch, the cultural program began with a Saraswati bandana (prayer). A big attraction of this year’s program was the launch of BagaBeatz, a band formed by middle school and high school students of the community. Under the expert guidance of Priyal Shah, the granddaughter of Kalyanji, a distinguished music composer of Bollywood, the kids performed various numbers from Beethoven to Beatles as well as scores from Bollywood films. Violins, guitars, drums, keyboards, and trumpet played in unison and created a melodious evening. 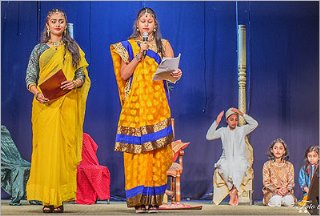 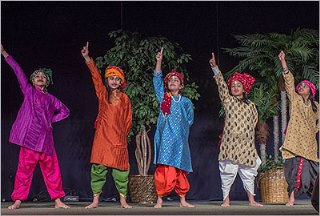 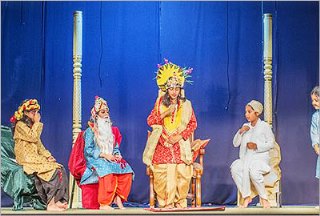 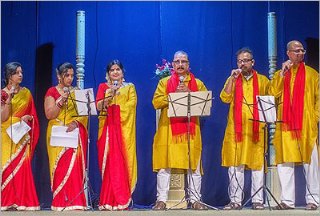 Two dramatic representation based on Rabindranath Tagore’s poems “Birpurush” and “Juta Abishkar” were enacted. The program concluded with a musical production of song and dance featuring evergreen numbers sung by legends such as Hemanta Mukherjee, Bhupen Hazarika, and others. 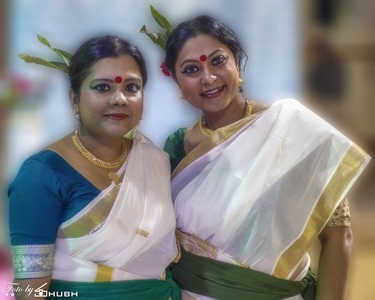 Alongside festivities were vendors at tables selling jewelry, sarees, and Indian clothes, creating an ambience of mela. The program was well attended by 300-350 people.

As the day came to a melodious end, the festivities wrapped up, but not before mouth-watering dinner of biryani box to go served from the kitchens of Paradise Point. Patrons eagerly await the next event in May. 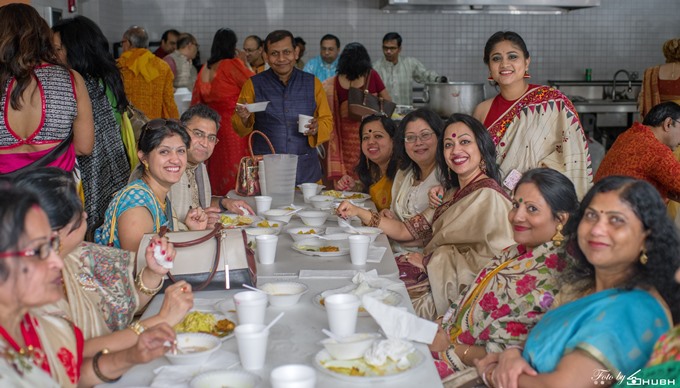