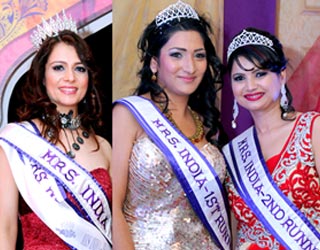 In precursors to the 2013 Mrs. International Pageant to be held in Chicago in July, two international pageant finals were held on May 18 at the Doubletree Hilton Hotel, Atlanta. Contestants can be married women aged 21 to 56, originating from India or Pakistan, residing anywhere in the world. 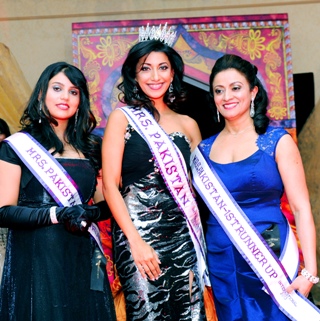 For the Mrs. Pakistan International Pageant, three finalists (from Lahore, London, and New Jersey) could not attend. The winner, both runners-up, and one other finalist were from metro Atlanta: Sanam Azeem of Roswell, Rukhsana Hussain of Buford, Basma Adeel of Atlanta, and Sajida Khan of Kennesaw, respectively—and Sanam Azeem also made a clean sweep of the four segment awards.

Adrita Khanna, MII 2008 and director of this pageant; Shaveta Jain, Atlanta's MII 2012; Shivani Diwan, MII 2012 2nd runner-up; and Subash Razdan had key roles in the pageant, and Mr. & Mrs. Sikandar graced the event. Emcees Fazleen Sohani and Taimur Ghaznavi introduced Indian songs by Shaan Khan & Farheen Ali, music by DJ Zee, and dance by Planet U. The performance was broadcast live on the DesiWebShow for friends and family around the world.