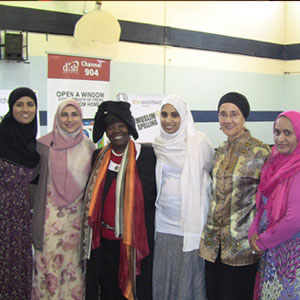 of the Georgia regional competition of the Muslim Spelling Bee, held in Atlanta.

The World’s First Annual English Muslim Spelling Bee was held across the United States during March and April this year. Regional competitions were held in New Jersey, California, Georgia, Florida, Michigan, Texas, Illinois, and New York. Finals were May 5th at the historic Des Plaines Theatre in Illinois. A large number of Muslim children travelled from adjoining states and also from Canada, coming from Islamic, public, private, and home schools.

All events began with recitation from the Holy Quran. Participants were divided by age, with most students being less than 8 years old and the oldest being 14. 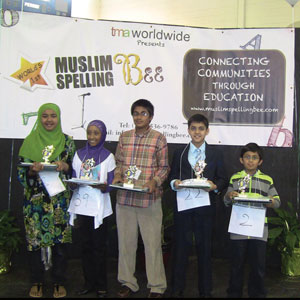 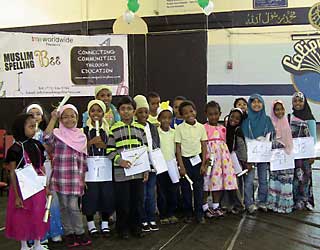 Principal Quran Shakir of Mohammed Schools of Atlanta said that “it is a great opportunity for students to participate and excel, as this not only helps the community but the country as a whole, and we need to develop skills for them to benefit our country.”

The event was broadcast on TV ONE Global (www. tv1online.tv).

The Muslim Spelling Bee will also be held in the UK in May-June and in Canada in September-October.