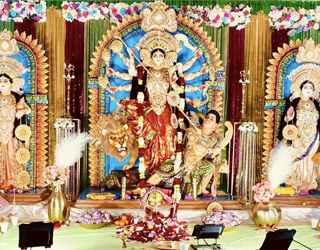 Nandan, a nonprofit organization that was founded earlier this year, has been actively organizing charity events like donating food at the Atlanta Food Bank; clothes, toys, and other household items for American Kidney Society; and blood drive for Red Cross. Nandan has also celebrated the Bengali New Year, an annual picnic celebration. 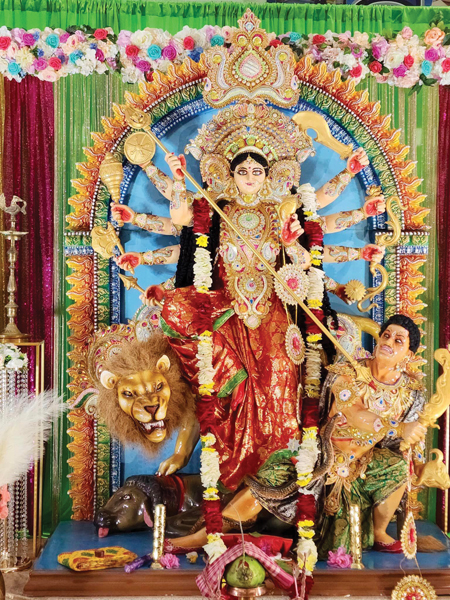 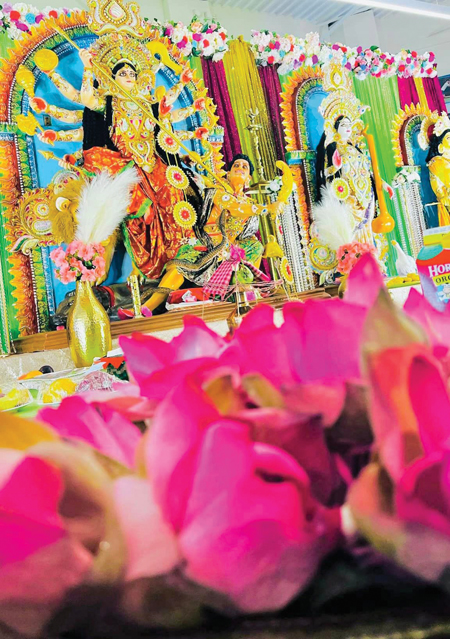 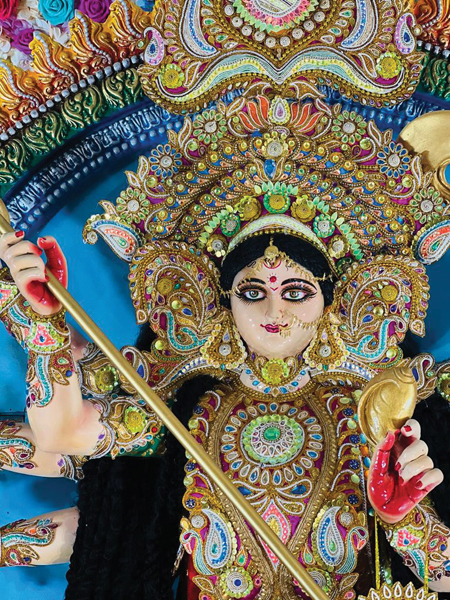 Durgotsav by Nandan was well organized with food, stalls for shopping, and cultural programs performed by children and members of the association.

Crafted by some of the finest artisans in Kolkata, the idol of Maa Durga at Nandan’s Durga Puja was one of the largest in North America and certainly the largest in town.

The cultural program showcased a drama performance of Snow White and The Seven Dwarfs under the directorship of Raka. This was followed by dance programs by Upasana, violin performance by Raunak, and other mesmerizing performances by Pratik and Anish. A tribute to the lost legends was offered through a live musical program performed by Raka, Tathagata, Debashis, Nabanita, and Nisha. The program ended with a dance performance by a group of members led by Nivedita, Atanu, Konkona, Santanu, Jhilam, Barnali, and Monica.

Nandan extends appreciation to all the volunteers and community workers who helped make the event successful.