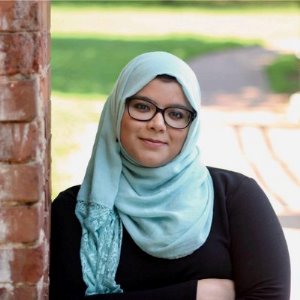 The National Association of Asian American Professionals (NAAAP) held its annual National Leadership Convention and gala in Atlanta this year at the Hotel InterContinental Buckhead from August 23-25, 2018. With the theme “Arise to Lead,” the three days were filled with workshops, diversity career fairs, employee/resource groups networking, and an entertainment packed charity fundraising event.

The NAAAP Inspire Award was presented to Aisha Yaqoob of Atlanta, a passionate civil and immigrant rights advocate, and a Georgia House District 97 Democratic primary election winner. “I am extremely humbled to receive the NAAAP Inspire Award. I hope this award inspires the younger generation Asian Americans to look beyond the traditional path, to choosing a career path such as running for office,” she said with a beaming smile.

The Leadership Convention started with a thoughtful Employee Resource Groups Summit with more than 200 attendees. Speakers from Bloomberg, Cisco, The Coca Cola Company, and Hallmark shared with powerful messages about telling your story, being your authentic self at work, and being an ally for other people.

On August 24, Convention sessions allowed participants to explore three tracks, and the Diversity Career Fair with 33 exhibitors welcomed both Convention participants and members of the public. The energy in the exhibit hall soared as job seekers and recruiters greeted one another.

The final day of the Convention had more panels including “What It Takes to Be in the C-Suite” and “Finding Success as an API Woman Leader.” The Gala honoring the five award winners was almost as exciting as a Crazy Rich Asians premier, minus the cars and lapdogs.

Ten things learned at the Convention:

-Everyone has a story. Organizations like NAAAP and movies like CRA provide Asian American and Asian Canadian spaces to share their stories authentically. More stories from the the LGBTQIA community will be heard through NAAAP's new initiative, NAAAP Pride.

-Jane Hyun and Betty Lo, NAAAP National Board members, revisited the topic of Breaking the Bamboo Ceiling, the title of Jane's groundbreaking book published in 2006.

-Frank Wu, NAAAP 100 recipient, a Detroit native and legal scholar, is writing a new book about the murder of Vincent Chin, the watershed moment in Asian American history.

-Buttermilk fried chicken and biscuits are must-haves when you're in Atlanta. Convention attendees were treated to Southern culinary delights and Asian cuisines at the InterContinental Hotel and beyond.

[The article above is a Website Bonus Feature, appearing only on the website for October 2018, not in the print/digital issues.]