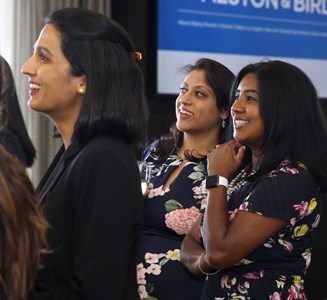 (Left) Attendees at the national conference of the South Asian Bar Association of North America look happy to "Rise Up and Represent." (Photos: JKlein Photography, Courtesy of SABA)

The South Asian Bar Association of North America (SABA) celebrated its 16th Annual Conference, “Rise Up and Represent,” in Atlanta, June 20-23, 2019, with speakers talking about bipartisanship, diversity and inclusion, and justice. 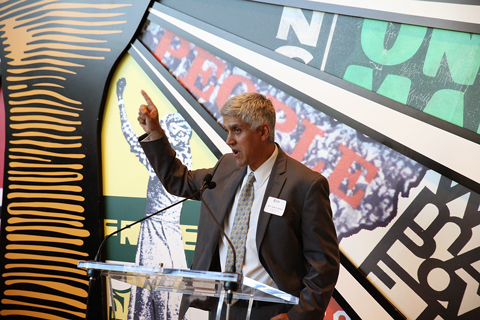 The Conference kicked off with a welcome reception at the celebrated National Center for Civil and Human Rights, featuring remarks by Hon. Justin Anand, U.S. Magistrate Judge for Northern District of Georgia; B. J. Pak, U.S. Attorney for the Northern District of Georgia; and Darrell Sutton, President of the State Bar of Georgia. Judge Anand commended SABA for its growth over sixteen years and its members’ rise through the legal ranks, adding, “My being [on the bench] today is a testament to this organization.” 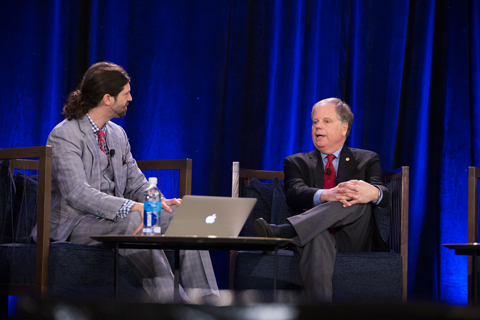 A fireside chat featuring United States Senator Doug Jones (D-AL) during lunch on Friday, with Anil Mujumdar, covered Sen. Jones’s long career as a defender of civil rights, his plans for the future, the importance of bipartisanship, and the benefits of diversity and inclusion. 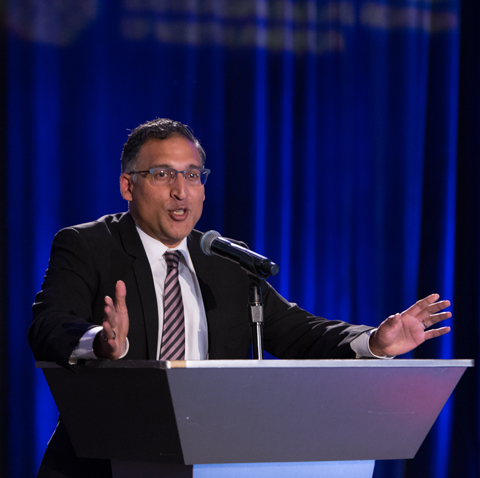 The conference closed with the annual gala featuring keynote speaker Neal Katyal, who formerly served as Acting Solicitor General of the United States. Katyal reflected on the history of injustices facing minorities in the United States, from Japanese internment during World War II to the current conditions of detention facilities holding migrants at the southern border. When discussing his recent work challenging the travel ban in Trump v. Hawaii, Katyal emphasized, “I do think the fight is important, even if we lose sometimes. We must fight for the Constitution.”

Two worthy initiatives were introduced this year: (1) SABA Wellness, a set of programs that emphasize lawyer well-being. As a part of it, a Fun Run and yoga were on the agenda, as well as a plenary in which SABA members had an honest and open conversation about the realities of health and wellness in the profession. (2) SABACares launched with a service event supporting two past SABA Foundation grantees. Volunteers put together back-to-school bags for the children of clients of Georgia Asylum & Immigration Network (GAIN), and tea and spice packets for Raksha, a Georgia-based nonprofit.

The new leaders of the South Asian legal community were accorded a warm welcome. The Hon. Neeti Pawar of the Colorado Court of Appeals swore in the new Executive Committee. SABA’s 2019- 2020 President, Aneesh Mehta reflected on the growth of SABA, “We are excited for what is going to be our busiest year ever, with a newly formed Calgary chapter, the launch of SABACares and SABA Wellness initiatives, our second Annual Naturalization Drive on November 16th, along with numerous new programs. And with the 2020 Elections and Census on the horizon, it is more important than ever for our growing South Asian community to be informed and involved.” 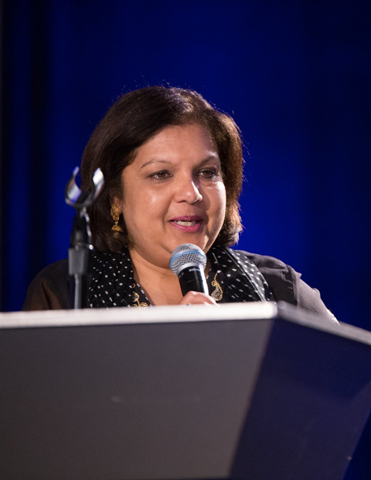 (Left) Sonjui Kumar, past president of SABA, and now serving on its National Advisory Council, addressing the audience.

The SABA Foundation, which supports organizations that provide critical services to the most vulnerable members of the South Asian Community, honored actor and activist, Maulik Pancholy, with its Hero Award for his work on bullying prevention among Asian American and Pacific Islander (AAPI) youth through the nonprofit Act to Change. This year’s Foundation Grantees are Sakhi for South Asian Women who received a 2019 “Skills to Succeed” Grant (sponsored by Accenture) to support their Economic Empowerment Program, as well as General Grants to the South Asian Legal Clinic Society of British Columbia (SALCBC); Sikh American Legal Defense and Education Fund (SALDEF); and the Georgia Asylum and Immigration Network (GAIN).

The welcome reception at the celebrated National Center for Civil and Human Rights.