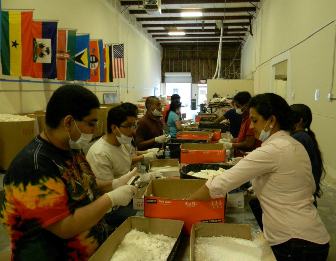 The Network of Indian Professionals (NetIP) Atlanta made great strides in 2012, giving them the title of Most Improved Chapter of the Year at the 2012 BOSCARS ("Bollywood Oscars"). Archith Seshadri, VP of Communications and Logistics, was awarded Officer of the Year also.

The group held several events in 2012, fulfilling the four pillars of NetIP:

For the first time, NetIP Atlanta organized a Charity is Colorblind initiative, "Protect our Children: Protect our Future"; the beneficiary was Baal Dan, a U.S.-based nonprofit supporting needy children in India with food, clothing, schools, sanitation facilities, and more. The Baal Dan Launch Party at the Artmore Hotel raised over $500. Monthly networking events helped enhance exposure of Baal Dan to the NetIP Atlanta community. The year concluded on a high note with over $800 raised at the Annual Gala via a matching rally and raffle prize drawings. Overall, NetIP Atlanta raised over $3,500 through socials, fundraising tactics, and the support of its members and community.

The November social (below).

Monthly networking events at top restaurants included themes such as the Get Green, Get Lucky March Social for St. Patrick’s Day, Red Carpet Affair in February, Fall Football Social, and the Member Appreciation social. The networking environment was both professional and fun.

The group was active and visible; old and new Board members (left) and all members are looking forward to 2013.