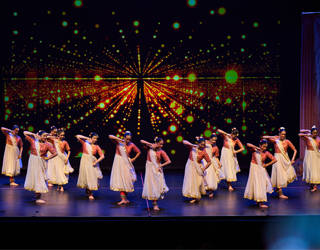 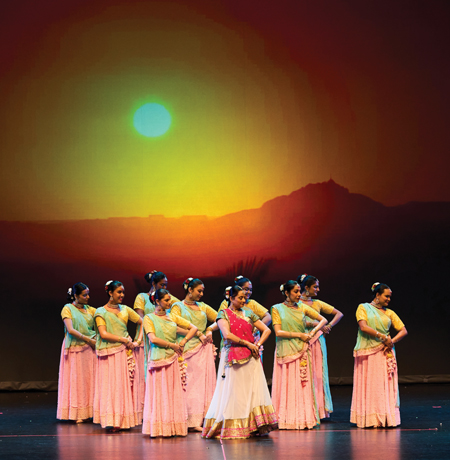 The concert showcased the theme of taking the audience on a magical journey aboard the NNKB Express train—traveling through time, celebrating festivals, and visiting the different regions of India. NNKB presented fifteen unique and innovative pieces on both days with dance items celebrating the works of the legendary Lata Mangeshkar, Kathak maestro Pandit Birju Maharaj, and Bollywood choreographer Saroj Khan. Director Kumud Savla, along with senior performers, presented a powerful piece commemorating International Women’s Day. The work juxtaposed the unique roles of women against the injustices and inequality that society imposes on them. 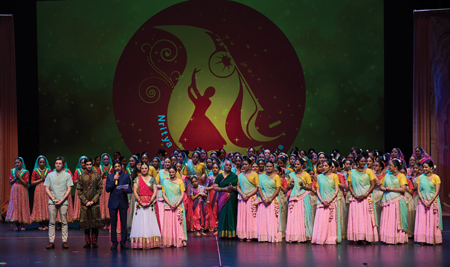 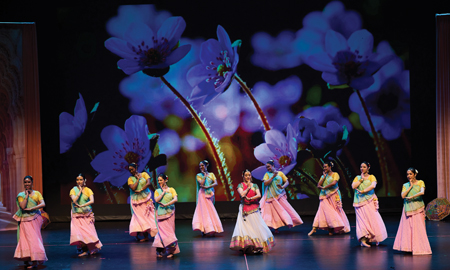 Established in 1988, NNKB is dedicated to the purity of Indian classical dance and music. The academy is authorized by the Georgia Nonpublic Postsecondary Education Commission (GNPEC) to offer Certificate Programs in Kathak. During the event, NNKB recognized its class of 2021 Visharad graduates on stage.

The entire show was a breathtaking ensemble of color, artistry, and music that pushed artistic boundaries. It was flawlessly executed and started right on time on both days. Kumud and Sandeep Savla recognized the entire production team in a heartfelt vote of thanks. After a two-year hiatus due to Covid-19, it was a treat to see NNKB once again rocking the Atlanta stage and continuing to raise the bar.