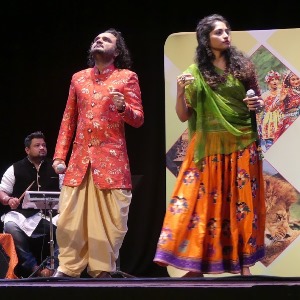 (Left) Parthiv Gohil, who also sings for Bollywood songs and who designed this unique show for the 2017 U.S. tour, is seen here with Jahnvi Shrimankar. (Photo: Darshan Shah)

OHMKARA presented Gujarati Jalso 2017, an unforgettable, grand extravaganza of Gujarati culture at the Georgia Institute of Technology’s Ferst Center for the Arts, Atlanta on Saturday, August 12, 2017.

OHMKara team member Dr. Tushar Patel gave a brief history of OHMKara. OHMKara organized concerts that toured the U.S. as well as Muscat, Oman, and Dubai to promote Gujarati music and literature outside India. Under the banner of Gujarati Jalso, noted artist Parthiv Gohil designed a unique show especially for the 2017 U.S. tour. Named ‘Panchamrut,’ it is a kaleidoscope of Sugam Sangeet, Lok Sangeet, Music, Poetry, and Short Stories presented by talented young and veteran singers, poets, musicians, and stage and TV artists.

Gujarati Jalso’s Panchamrut was emceed by poet Pranav Pandya, who introduced each item with brief insights into Gujarati people, literature, music, etc., and peppered it with short poems and humor. The show began with “Ganesh Vandana.” He requested the audience to join in, singing along. Noted veteran TV, film, and stage artist Utkarsh Mazumdar captivated the audience with his acting and flute-playing prowess as the audience was taken on a ride in melas (fairs) through songs by young singers Gargi Vora and Jahnvi Shrimankar. The audience began tapping their feet, clapping, and singing a few lines of the songs.

The play Maro piya gayo Rangoon, a Gujarati adaptation of Shakespeare’s play All’s Well that Ends Well was chosen for the prestigious Globe to Globe Festival in London in 2014. A scene from that play was presented by thespian Utkarsh Mazumdar (Gokuldas), Chirag Vora (BharatRam), and Mansi Gohil (Heli). In the heart-lifting scene Heli cures rich, cantankerous, and sick Gokuldas with her medicines and for her reward gets permission to marry his son Chirag. 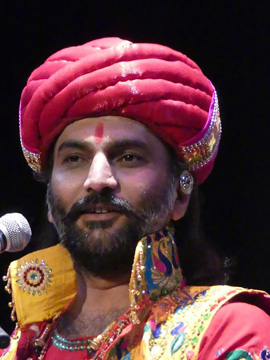 Sairam Dave had the audience in stitches with his flurries of jokes in his inimitable style. The jokes based on a keen sense of observation and nuances of everyday life had the audience laughing out loud and applauding.

Then it was time for romantic vintage songs in melodious voices of Gargi and Jahnvi. Songs “Chhanu re chhapnu,” “Najar na jaam chhalkavine,” and “Pandadu lilu ne rang rato” got some of the spirited audience up for garba near the stage. 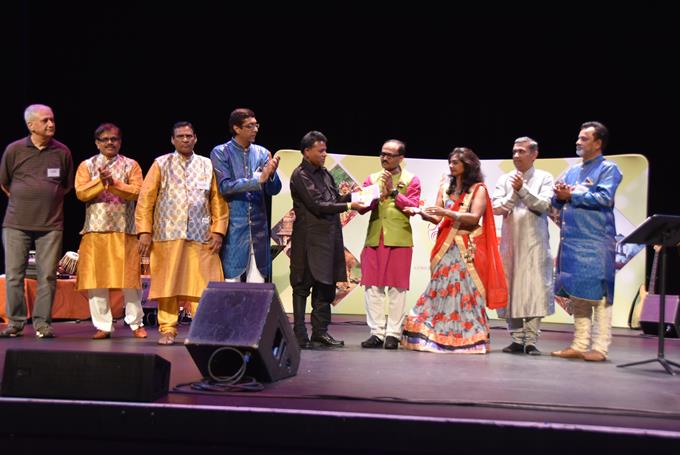 Consul D. V. Singh warmly greeted all and said that though his knowledge of Gujarati is poor, he was enjoying the Gujarati Jalso. He graciously inaugurated a souvenir with Mahatma Gandhi’s postage stamps from different parts of the globe. 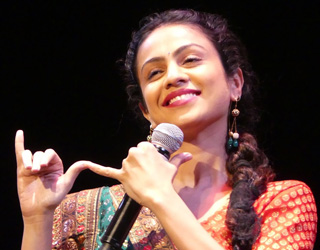 Poet and journalist Hiten Anandpara recited his interesting poems on death and more with Pranav Pandya, also a poet/teacher from Amreli. 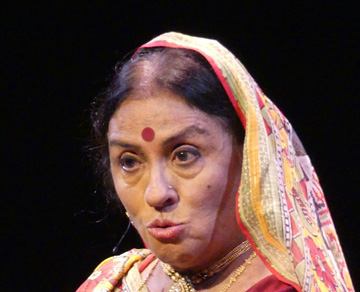 During the interval, all relished complimentary tea and snacks. Then another hilarious skit was performed by Chirag Vora and Utkarsh Mazumdar. Minal Patel held the audience intently in her role in a monodrama Vadilo na vanke.

Live music added a sparkle to the melodious renditions of timeless Gujarati songs. The musical artistry was magnificent with Rishin Saraiya’s tabla, Rahul Pawar’s drums/octapad, Abhinav Bora’s guitar, Mazumdar’s flute, and Dharmesh Joshi’s keyboard. The fabulous musical treat ended on a high note with a rousing singalong of ever popular Jai Ho, Maa Tujhe Salaam, and “Vande Mataram” songs. Gujarati Jalso troupe came on stage to take a bow amidst a standing ovation. This was a rare opportunity to savor the beauty of the quintessence of Gujarati culture in Atlanta. 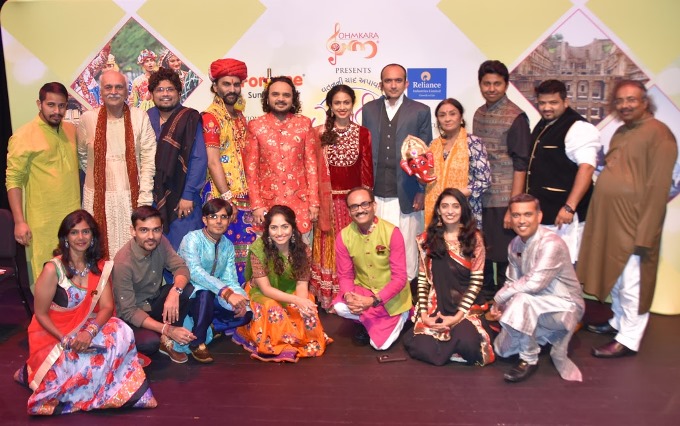 The talented team of singers, poets, and stage artists.