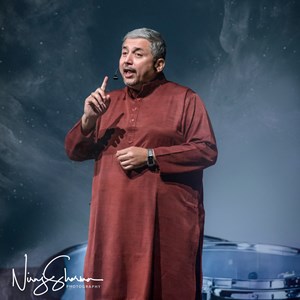 Symyna-based India American Cultural Association (IACA) organized “Pancham: The Genius of R.D. Burman,” a musical masterpiece on April 21, 2018 at Duluth High School. The Niche and Dhrishti presentation was organized locally in partnership with Mustafa Ajmeri and others. It was produced by Madan Kulkarni and directed by Pune-based Milind Oak, following such productions as Gulzar-Baat Pashmine Ki, Yahoo – the Karishma of Shammi Kapoor, Bhairav se Bhairavi, Ghazal ka Safar, Trendsetters, and Black and White. 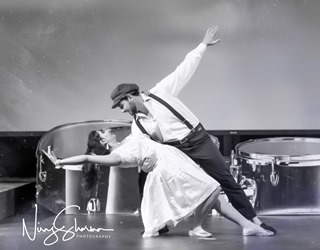 The show traced Pancham’s life and works through his music and audiovisual snippets from his contemporaries like Gulzar saab, Javed Akhtar, Shammi Kapoor, Rishi Kapoor, and modern greats like Shantanu Moitra, Shankar Mahadevan, and Vishal Bharadwaj, to name a few. There were several video interviews of Bollywood doyens such as Manna Dey and Asha Bhosle.

Rahul Dev Burman was an Indian film score composer, and one of the influential music directors of the Indian film industry. Nicknamed Pancham, he was the only son of composer Sachin Dev Burman. Pancham is credited with revolutionizing the film music in Hindi films, and his style and techniques continue to be followed by today’s composers. Pancham, himself a versatile playback singer, introduced Western styles and rhythms to Hindi film music listeners, while keeping the melody intact.

RD ruled the music scene from the mid-sixties to mid-eighties. His last years were not very eventful with failing health and a spate of unsuccessful ventures till he bounced back with his swan song 1942: A Love Story in 1994. He did not live to taste its success as he breathed his last on 4th January 1994 just before its music release. Even after death, R. D. Burman’s music refuses to die. He is the most remixed music composer and his music is live in the minds of the listener even today. Pancham Da was a maverick, a pioneer who introduced new arrangements and influences from world music in his work. All this and more is documented in film journalist Chaitanya Padukone's 2016 book, R. D. Burmania: Panchamemoirs.