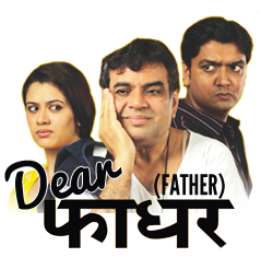 Atlanta’s theatre-loving community thronged to the Sidney Marcus Auditorium of the Georgia World Congress Center on April 26, 2013 to enjoy an emotionally charged family drama about the all too familiar generation gap, laced with a sprinkling of rip roaring, breezy quips by acclaimed thespian Paresh Rawal. The show was organized by Atlanta’s performing arts promoter Kamru Hamrani of Y K Entertainment, supported by J.D.H. Developers and Café Bombay. 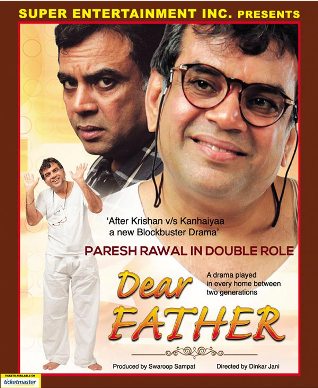 Flashback shows situations such as a worried and anxious, aged Manubhai (Paresh Rawal in his second role) phoning his friends and relatives when Alka, a math teacher, is late in returning home. Ajay and Alka are also peeved with Manubhai for his habit of browsing obituary columns in the newspaper and calling some randomly-picked numbers to express his condolences, sympathy, and even amusing lines. Ajay is tired of frequent squabbles between lonely, grumpy Manubhai and his liberated, educated, and working daughter-in-law Alka. The latter draws up a list of 42 complaints by Manubhai and all three sit together to deal with them. Issues arise about control, housework, finances, and attitude. When Ajay sides with Alka, Manubhai remains quiet but plans to teach both a lesson—and he does it brilliantly in his role of Inspector Sharma in the second act, following a brief interval. He keeps the audience on the edge of their seats as he piles on evidence to at first accuse Ajay and Alka of abetting Manubhai in committing suicide and later, alternatively accusing first Alka and then Ajay of trying to murder him. The viewers will have to watch the play to find out how it all ends.

An interesting exchange occurs about taking care of older family members, even when they are living apart. And in the concluding part, Inspector Sharma in a heart-tugging scene advises Ajay to treat his dad with love and respect, to hold his hand, to hug him, to sit and talk with him, etc. “Home should be more than a glorified ‘old people’s home.’ More than living together, supporting each other is more important. Home is not measured in square feet but in love among the family members.”

Paresh Rawal, the seasoned actor, effortlessly straddles celluloid and stage. In Dear Father he commands the stage in a stellar role invoking laughter with every wisecrack, quirky accent, and mannerism. The affable and genial Rawal has enthralled the audience for over 25 years, acting in many hit movies, e.g. Hera Pheri, Phir Hera Pheri, Golmaal, Atithi Tum Kab Jaoge, and OMG-Oh My God.

The accompanying younger actors here were also convincing. The national promoter of this memorable, sparkling gem of a play is Bhavna Modi of Chicago. This was the 20th show in the U.S. The play is produced by Swaroop Sampat, written by Dr. Vivek Bele, and directed by Dinkar Jani.