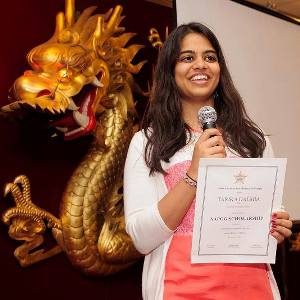 Asian American Peace Officers of Georgia (AAPOG) is a new nonprofit professional organization for officers of Asian Pacific American heritage who are affiliated with local, state, and federal law enforcement agencies in Georgia. Its first anniversary APA Heroes & Advocates Awards Banquet was held on September 19, 2013 at the Oriental Pearl Seafood Restaurant in Chamblee. There, AAPOG's inaugural Scholarship Awards were presented to three Asian American undergraduates who intend to pursue careers in law enforcement and/or public service. 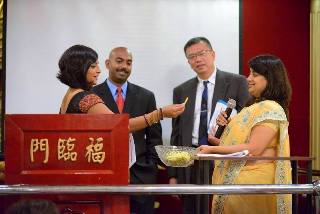 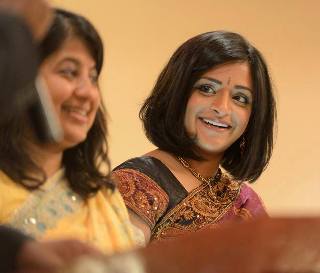 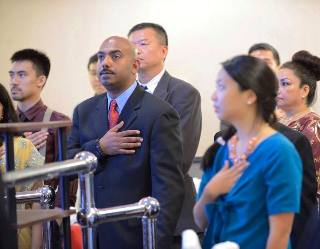 Sukumar with hand over heart for the Pledge of Allegiance.

Keynote speaker FBI Atlanta Special Agent in Charge Mark F. Giuliano identified with the immigrant community: his great-grandmother, he said, spoke only Italian; his grandmother spoke fluent Italian and English; his father was forbidden to speak Italian because of discrimination; and he carries that understanding with him today. As Kiran Ahuja wrote in her letter to AAPOG from the White House Initiative on AAPIs, "The goals of AAPOG—to advocate for social justice, equal opportunity, and fair treatment, promote civic participation, education and leadership, and to advance coalitions and community building—are admirable. We commend AAPOG's work in promoting a greater understanding of Asian American and Pacific Islander (AAPI) cultures and experiences through leadership and legacy." 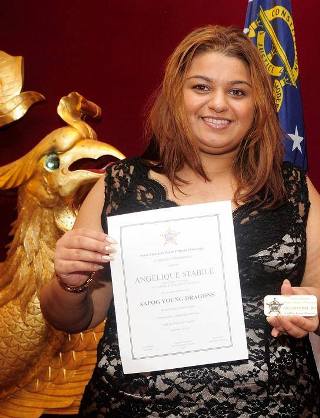 Scholarship recipients: Tarika Dalmia (photo: top of page), a student at University of Georgia – Athens, is a Senior Youth Mentor for the Indian American Cultural Association. She hopes to become a family and child social worker in the criminal justice system. Brian Seo, from Georgia Tech, is a Korean-American. Observing the inequality In Georgia, he is deciding on a Pre-Law or Political Science minor, pairing it with his Business Administration major. Angelique Stabile (photo, left), at Clayton State University, considers being of Asian descent to be an honor. She is Fijian/Indian and Italian, and is working on a Criminal Justice degree. 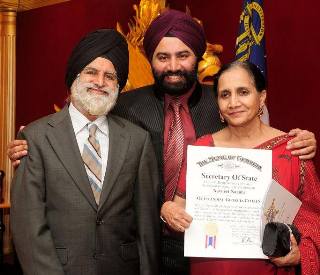 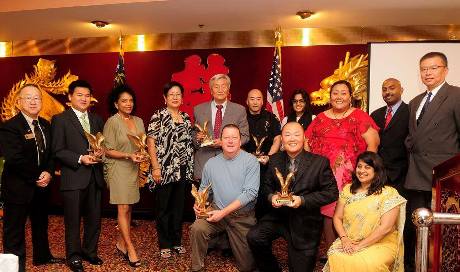 Aparna Bhattacharyya, director of Raksha, sits with the 2013 AAPOG Community Eagles. Guneeta Singh, back row, fourth from right. accepted the award as a representative for Raksha.

AAPOG Community Champions Awards were given to community organizations who worked with AAPOG to promote its community service mission of improving the safety and well-being of Asian Pacific Americans in Georgia. 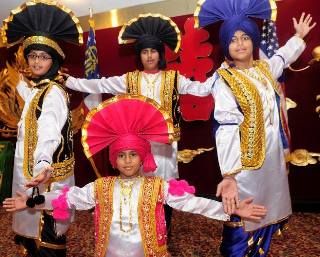 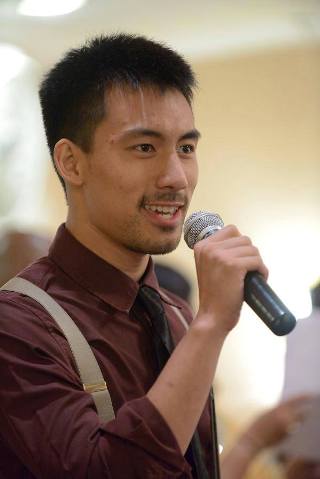 Entertaining the gathering were a four-boy bhangra team; a Filipino dancer; several singers; and Anthony Bui (photo above), 2013 Kollaboration Atl winner, who concluded his outstanding rap-poem homage to peace officers with "Next time you get pulled over, whip out this poem!" 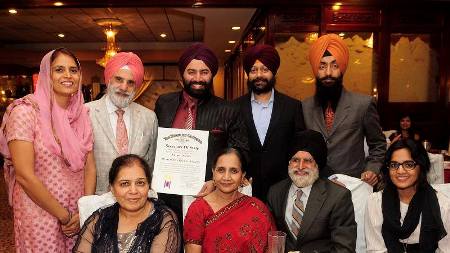