Political summit explores role of Asians and other minorities 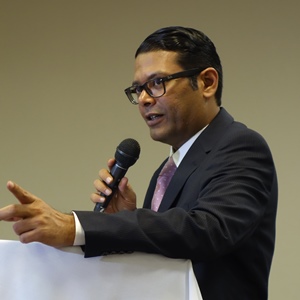 In a time of great need for transparency and accountability, a new way is available to track politicians and legislative information. Political Tracker, Inc. announced the launch of state-of-the-art political technology (www.politicaltracker.com) in Georgia as it hosted leaders from some of Georgia’s top-notch media and political speakers for an evening of discussion on demographics and the political and electoral landscape in Georgia politics.

The Georgia Political and Media Summit 2014, held December 10, 2014 at the Impact Conference Center of Global Mall, also explored the future: the role of Asian Americans, African Americans, and Latino Americans in Georgia politics, and the impact of diversity in Georgia and United States politics and legislation.

Political Tracker transforms the process with sophisticated micro-targeting and analytics. “So many political sites are look-up sites, and have only static data that never gets updated. None of the sites let the end user really track, discuss, or even get involved,” said Parag Vaishnav, CEO of Political Tracker. 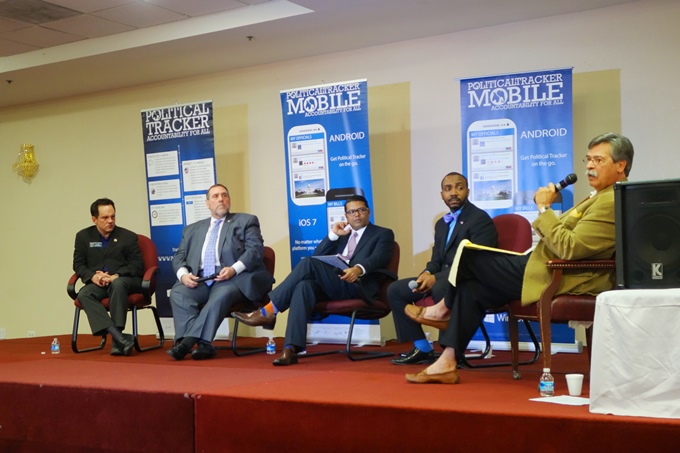 A Political Panel (moderator: Mike Vaquer) with State Senator Curt Thompson, State Rep. Pedro Marin, political strategist Farooq Mughal, and Erik Provitt of NAACP agreed that people stayed home in the 2014 election and as Pedro Marin said, “We didn’t do a good job reaching Latino and Asian communities.” Farooq Mughal, Chair of the event, noted that the country is more diverse. By 2050 the United States will have no racial majority, and uneven racial and ethnic population growth could reshape the course of politics. We should stop putting people into boxes, said Mughal, and talk about the issues. “We love being diverse, but talk about inclusion.”

Discussion included the large amounts of campaign money raised, the use of social media, Georgia’s need for public transportation funds, especially with the deepening of the Savannah port and increased traffic from trucking. DACA, guns in schools, and ethics were topics. 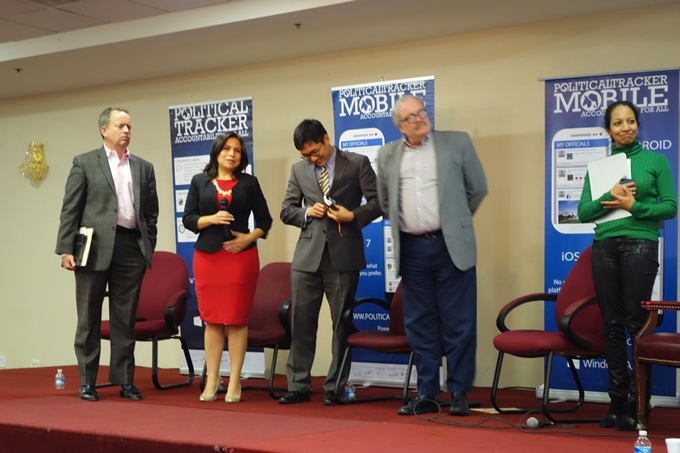 The Media Panel (moderator: Maria Ebrahimji) also had representatives of minority communities, with Charlie Harper of Peach Pundit, Marriela Romero of Univision, HB Cho of Korean Daily, and Tom Crawford of Georgia Report. Readership, access to and interviewing of politicians, and various motivational factors in different communities were discussed. Finally it was noted that we have lost 4 rural hospitals, 15 are expected to close, one-third of Georgia counties do not have a General Practitioner, and over half have no Ob/Gyn! Again, funds need proper allocation.