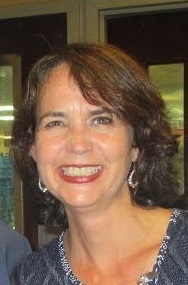 Indian Professionals Network (IPN), started by Dr. Narsi Narsimhan many moons ago, is going through its “take 2” with significant impetus from its revival group. A good team consisting of Shreya Modi, Rajan Vedak, and Sudhir Agarwal hosted City of Atlanta’s Chief Sustainability Officer Stephanie Stuckey-Benfield on July 22, 2015 to speak on the environmental issues affecting our immediate geography. With a clever slogan, loaded with a pun—“Power to Change: Ready. Set. Realize”—she’s driven to improvise Atlanta’s environment-scape and bring back the sustainability legislation voted down by the State recently. Her charge from Mayor Reed is to make Atlanta one of the best sustainable cities in the country.

It may be rare for a business networking group to host a discussion on sustainability or climate change, but although Stephanie has been on the job just less than a month, she is the tremendously experienced individual to have such in-depth discussions with. She received both an undergraduate and law degree from the University of Georgia. After serving as a public defender, she went into private practice before being elected to the Georgia General Assembly in 1999. A State Representative from the Decatur area for 14 years, she served on the Judiciary and Natural Resources Committees. In 2011 she was given the Outstanding Lawyer in Public Service Award by the Atlanta Bar Association. From 2012 to 2015, she was Executive Director of Green Law, a public interest environmental law firm based in Atlanta. She serves on the boards for the Green Chamber of the South, EarthShare of Georgia, and the Odom School of Ecology at the University of Georgia. She is also a member of the Institute for Georgia Environmental Leadership, Class of 2013.

Besides all of the above, her office just made news a few days after her IPN presentation, when the City of Atlanta Mayor’s Office of Sustainability was featured in the U.S. Green Building Council’s publication, USGBC+, for its new ordinance aiming to reduce commercial energy consumption in the City of Atlanta by 20 percent by the year 2030. And later the city was honored for having the most number of square feet in the national Better Buildings Challenge. “It’s incredibly rewarding to see Atlanta continue to be recognized as a national leader in energy conservation and a top-tier city for sustainability,” said Mayor Kasim Reed.

For her IPN presentation at Ashiana in Global Mall, she came with slides of useful information as well as a good study on India’s sustainability efforts under the Modi government. She began by connecting the Gandhi – King legacy of our two great nations to sustainability and convincingly stated that if Dr. King were alive he would have agitated for environmental sustainability’s impact on social justice. The two are inseparable, she told attendees.

Her activities include policy initiatives, special projects (Proctor Creek), outreach, fundraising, stakeholder engagement, strategic planning, generating publications, evaluating partnerships, and more. Areas of impact include Air Quality, Land Use, Transportation & Mobility, Education, Growing Business, Energy Efficiency & Renewables, Community Health & Vitality, Materials Management, and Water Management. Climate change is a global issue, she states. The 5 hottest years on record have all occurred since 1997, with global health impacted, rising seas and increased storm intensity, droughts and fires, wild life at risk, and increases in economic losses. As a participant of the Clinton Global Initiative, she is passionate about improvising sustainable efforts for a clean and green Atlanta—and Atlanta is the declared host City for the Clinton Global Initiative 2016.

To sight a few instances, did you know? (a) That on average we put a pound of CO2 in the air we breathe for every mile that we drive? Metro Atlanta is expected to grow by 2.5M people, the size of greater Denver, CO by 2030 with a significantly car dependent population impacting health. She informed the audience that she has plans to buy at least 50 fuel and energy efficient cars for the City. (b) That Georgia ranks 2nd in the nation in childhood obesity rates while only 13% of adults and 8% of children consume the recommended mount of fruits and vegetables daily. (c) That Atlanta lacks access to education—one of the greatest barriers to sustainability. (d) That Population growth and increased heat in summers create spikes in energy consumption which need to be amended by making buildings energy efficient. She uses LED light bulbs which last 25 times longer and use 84% less energy than incandescent bulbs…a no brainer that everyone should do. She emphasized the use of solar energy and converting garbage landfills into covered composting sites. All of these measures would lead to some increase in job growth, besides increasing sustainability.

With respect to India, Prime Minister Manmohan Singh released India’s first National Action Plan on Climate Change (NAPCC) outlining existing and future policies for missions through 2017. Although India is the 5th largest greenhouse gas emitter, India’s emissions are low compared to other major economies. India accounts for only 2% of cumulative energy-related emissions since 1850; on a per capita basis, India’s emissions are 70% below the world average and 93% below those of the United States. This is strengthened by Prime Minister Modi’s Clean India campaign. With time, the change is “sweeping” India.

She culminated her presentation with a lively question-answer session.