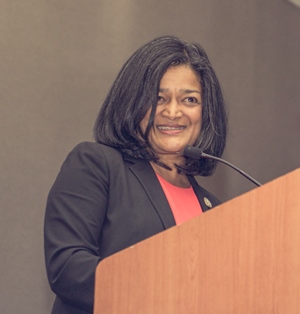 The 7th Annual Community Champions Gala hosted by AAAJ (Asian Americans Advancing Justice) was the biggest gala ever, with over 350 guests, 39 sponsors, honorees, and dignitaries in attendance on November 9, 2017 at the Westin Atlanta Perimeter North. Congresswoman Pramila Jayapal was this year’s Asian American Champion awardee and Keynote Speaker.

Congresswoman Jayapal represents Washington’s 7th District. Her focus is on ensuring income equality; increasing access to education, from early learning to higher education, including debt-free college; expanding Social Security and Medicare; protecting our environment for our next generation; and ensuring immigrant, civil, and human rights for all. The first Indian-American woman in the House of Representatives, Jayapal has spent the last twenty years working internationally and domestically as a leading national advocate for women’s, immigrant, civil, and human rights.

In response to hate crimes and discrimination targeting the Arab, Muslim, and South Asian communities following the tragic September 11 terrorist attacks, she founded Hate Free Zone, which later became OneAmerica and was dedicated to organizing and advocating for many diverse communities of color. OneAmerica is one of the largest immigrant and refugee advocacy organizations in Washington State, advocating for local, state, and federal policies that make for stronger communities, including the Dream Act, and helping thousands of immigrants become active and engaged American citizens. She led one of the largest voter registration efforts in Washington State, helping over 23,000 new Americans to register to vote. In May 2013, Pramila was recognized as a White House “Champion of Change.” 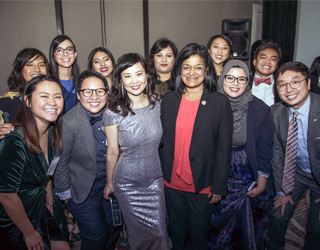 Congresswoman Jayapal spoke passionately at the gala about many topics with which her vision and that of AAAJ are aligned, including violence against immigrants, passage of a clean Dream Act, and protecting the rights of the most disenfranchised among us.

The excerpt from her website about the Dream Act states,
“I have a simple message for President Trump and congressional Republicans: There is no other deal to be made besides passing a clean Dream Act before the end of the year and protecting the 1.5 million young people eligible for relief who had the floor taken out from under them.

“Shamefully, while the futures of these young people hang in the balance, President Trump and his accomplices in Congress are doing nothing but pursuing immigration policies straight from the wishlists of white supremacists.

“Dreamers are woven into the fabric of our country—they are our friends, family, neighbors and co-workers. It is our moral responsibility to ensure they have a future here. I continue to call for all of my Republican colleagues to stand on the side of compassion and pass a clean Dream Act this year.” 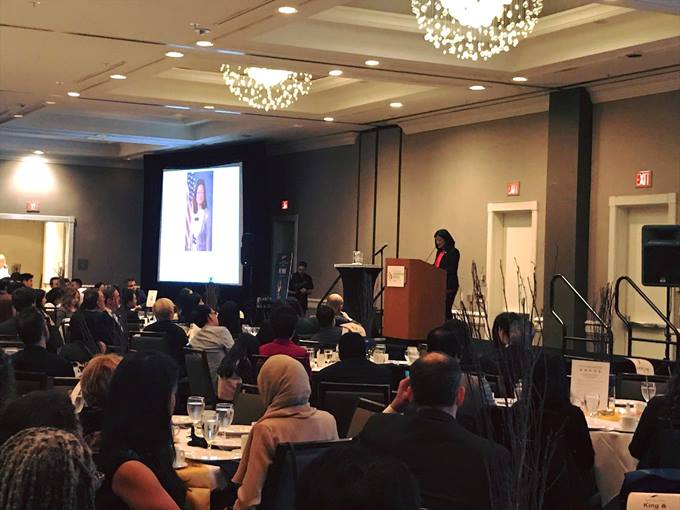