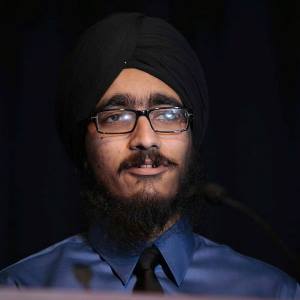 Japjee Singh, who was subjected to bullying in DeKalb County schools; the case eventually led to an agreement reached through the Department of Justice. (Photography by Vinod)

Recent news about a case of bullying of a Sikh youth in DeKalb County has sparked parents’ interest, and now parents of Indian, South Asian, and Asian American children in Georgia are getting together to talk, learn, and take action. Tricia Sung, Executive Director of the Asian American Peace Officers Association of Georgia (AAPOG) and Asian Pacific American Historical Society (logos at left) has been working, along with co-chair Shaloo Kaur, to connect parents

(1) with the US government, via the newly launched Bullying Prevention Task Force of the 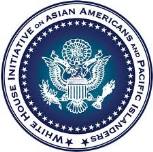 (2) with Georgia, via Rep. Carolyn Hugley (D-Columbus) (photo at right)

who introduced a Cyberbullying bill in last year's Georgia legislative session; and

(3) with local ethnic organizations and other parents, via a monthly conference call, a survey, a summit in Gwinnett County in the Spring, and more. 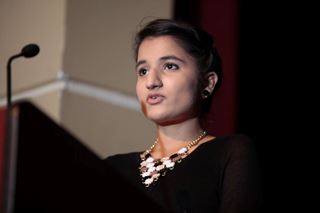 Bullying has been a growing problem for years, but why does it matter for our community? Bullying of Asian American youth has become more visible post-911 and recent reports give shocking statistics: 32% of children between 12-18 are bullied in school, and are more likely to have challenges with drugs, alcohol, physical or mental health issues, complicated by linguistic, cultural, religious issues. This is bad enough, but for Sikh children, it’s 62%. “Minority groups often brush off verbal incidents that occur more often than physical altercations,” says student Aasees Kaur (photo above, Photography by Vinod), sister of Japjee Singh, “but we need to remind ourselves that no one deserves to be in an unsafe environment 8+ hours a day, 5 days a week—every student deserves a safe and welcoming learning environment, and it is our responsibility to ensure the safety of all the students.”

In the November 20, 2014 conference call on the launch of the WHIAPPI task force, Maulik Pancholy spoke. An actor on 30 Rock, on the President's Advisory Commission on AAPIs, he told, for example, of finding school not a safe place, TV stereotypes hurtful, experiences in the community of an adult yelling hurtful things at him and his mother, etc. 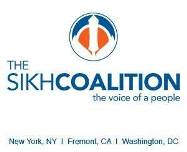 The call began with early mention of the remarkable DeKalb County case: after years of verbal harassment and a broken nose without appropriate response from his schools, the Sikh Coalition represented the boy, and settlement with the county was reached by the Department of Justice (DOJ), requiring training at his schools on post-9/11 backlash, and a 2nd settlement for the entire district (more than 100,000 students plus faculty, staff, and administration) to receive training about negative stereotypes addressing religion and national origin, as well as language assistance for parents—a DOJ harassment factsheet for Muslim, Arab, and South Asian (MASA) communities is now available in Punjabi.

You have the ear of the new national task force, including the DOJ, the Department of Education, and the US Health & Human Services. Your feedback is requested on how best to address the community’s needs. There will be summits and webinars. Online resources for students, parents, and schools at StopBullying.gov include training modules, school kits, information on cyberbullying and state laws, and the Be More Than a Bystander campaign. 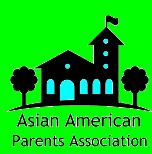 On the December 9 conference call by the Asian American Parents Association (AAPA), 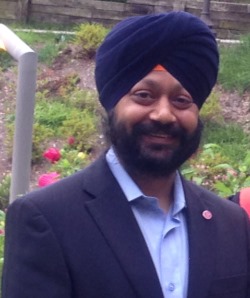 The December 10 conference call was the first of the monthly AAPA calls (2d Wednesday of every month at noon), whose agenda will address quality education, data and statistics on Asian Americans, inclusive curricula, and bullying/cyberbullying. Guest speaker was Alice Yao, Office for Civil Rights at the Department of Education, who is leading the WHIAPPI Bullying Prevention Task Force. She noted that the recent blog post at StopBullying.gov was by Rajdeep Singh on how faith leaders can get involved. More details and tips are on our website. To get involved, contact aaparentsga@gmail.com .

Links:
1) “Religious minority sees harassment in schools”
12:00 a.m. Wednesday, Dec. 24, 2014
By Ty Tagami - The Atlanta Journal-Constitution
It started with taunts and touches. Classmates would point at Japjee Singh’s turban and call him “Osama.” Or they’d try to pull it off his head. …
STORY HIGHLIGHTS
Boy’s beating at school eventually led to a federal investigation.
DeKalb County schools have the second-highest discipline rate for bullying among metro Atlanta districts.
The Sikh Coalition says boys in that religion are targets of school bullies.
http://www.myajc.com/news/news/local-education/religious-minority-sees-harassment-in-schools/njWcr/

2) “The 16th annual Ek Shaam Raksha ke Naam celebrated community youth”
December 1, 2014 report
This year’s Ramesh and Vijaya Bakshi Community Change Award was presented to Ms. Aasees Kaur and Japjee Singh (photo at left). Japjee Singh, a very confident young adult shared his experience of being bullied at school for just looking different. It was a rough time for him physically and emotionally, but with support from family and friends, especially his sister Aasees, he turned this negative incident and used it to achieve something positive for the good of many immigrant and marginalized students, even going on from this advocacy to testify before Congress about the impact of bullying. Aasees spoke from her experience about the importance of listening and engaging youth. Aasees and Japjee organized the very first Sikh day at the Georgia State Capitol this year.
http://www.khabar.com/magazine/around-town/the-16th-annual-ek-shaam-raksha-ke-naam-celebrated-community-youth

Re The Asian American Parents Association:
- The Asian American Parents Association was established by parents of multiethnic Asian American children who were concerned about the education of their children. The primary goals center around networking, school engagement, data & resources, diverse curriculum, and bullying prevention.
- the AAPA Task Force on Bullying Prevention in Georgia was initiated in 2014 by the Asian American Peace Officers of Georgia (AAPOG), Sikh American Community of Georgia (SACG), Asian Pacific American Historical Society (APAHS) and the newly established Asian American Parents Association (AAPA) with plans for a Spring 2015 Summit in Gwinnett County.
- the Georgia Task Force will be working with WHIAPPI on a listening session in Spring 2015
- Shaloo Kaur announced AAPA plans to document and collect data on AAPA bullying and related concerns in Georgia and will in partnership with WHIAAPI
- Japjee shared his family's experience with bullying and what they did to address it. He encouraged APA parents to get engaged with their children's schools and learn about their rights, and to speak out against bullying, to not be ashamed or embarrassed share what happened to them because it will help other children facing the same situation
- Kuldip Singh said that since 9/11, the Sikh community has been subject to bullying, harassment and racial profiling in schools and in the community. He announced a Spring 2015 Bullying Prevention Summit and welcomed individuals, families, businesses and groups to get involved by contacting aaparentsga@gmail.com
- On the 2nd Wednesday of every month from 12-1, AAPA parents can join the monthly task force conference call by contacting aaparentsga@gmail.com
- to get involved, join the Asian American Parents Association. Annual family membership is $10. For more information, contact: aaparentsga@gmail.com
- "like" the AAPA Facebook page - facebook.com/AAparentsGA for the latest news and information related to Asian American children in Georgia.

Mission
To foster and ensure a vibrant Georgia Sikh community by providing programs and services of distinction that attract, involve, and inspire meaningful connections and promote Sikh values.
Vision
To systematically build, grow, and sustain our core programs on community outreach.
To build tools and networks on bullying prevention and response strategies.
To engage in community partnerships and collaborative efforts to offer a continuum of programs and services.
To foster personal growth of our members through cultural, educational, and social activities.