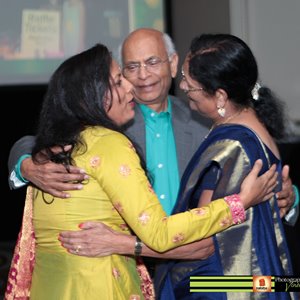 (Left) Raksha's 20th anniversary celebrations were like a family reunion. (Photography by Vinod)

What was launched from attorney Sunita Iyer’s basement and later quickly grew from a volunteer-run organization, has now grown into a branded organization with significant staff, supporting many more cases. Although the numbers for victims of all types of crimes against basic human values are decreasing, it’s sad to note that on the contrary, the reports of domestic abuse in our own community are increasing in both numbers and severity. Raksha is the only South Asian organization in Georgia that supports victims of domestic abuse. 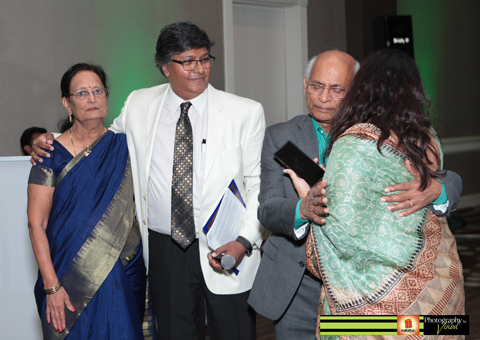 The 20th anniversary celebrations on October 7, 2018 were themed: “Celebrating the Past and Changing the Future.” Almost all of those who were part of the inaugural “Ek Shaam Raksha ke Naam” were a part of this milestone. Niraj Sharma created a video, Walk Down Memory Lane, which captured faces and comments from many, including the pioneers of this music-based fundraiser for Raksha, Ramesh and Vijaya Bakshi. The entire Bakshi family has been a critical part of Raksha’s Ek Shaam growth, and the couple’s gracious presence at the 20th anniversary was such a mixed bag of emotions. Steadfast supporters of Raksha’s advocacy efforts, they didn’t even celebrate their own 50th wedding anniversary this year, due to the untimely loss of their son Deepak Bakshi, who was also a keen supporter of Raksha. Yet there they were to stand by the event they had given all of their time, energy, funding, and support to. Truly outstanding and selfless!

Viren Mayani, who had named the event “Ek Shaam…” and whose band Aawaaz performed for the first two Raksha fundraisers, emceed. His commentary was filled with voices and vivid recollections, and he engaged with the audience to get them to be super participative. Past Board Member and Raksha staff member Sonia Sharma flew in with her kids, and many others gathered from the past. It felt like a huge family get-together; people caught up with each other, as if it was just yesterday that Ek Shaam was launched. 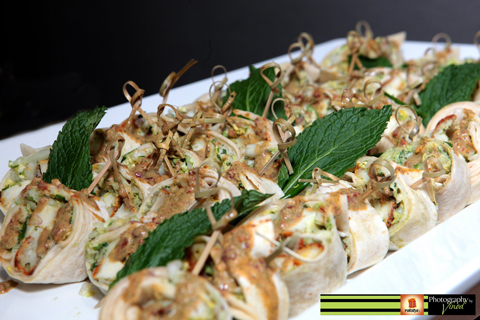 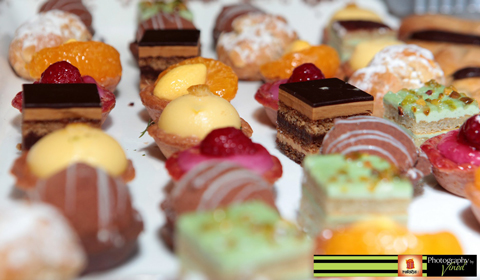 Many singers from previous programs were there and performed between speeches, videos, testimonials, and awards, to the delight of the audience. From the opening number, “Shava shava,” sung by Rashmi Ahuja, people gathered on the dance floor, moving and swaying to desi numbers, including quite a few who didn’t have a clue of Hindi or Bollywood dancing. All were jiving to the music and celebrating. The delicious cuisine was presented by Westin Perimeter’s Chef Dinesh, for whose spread quite a few broke ranks and helped themselves to dinner before it was announced.

Unbelievable silent auction items were donated by a slew of local businesses, the crème-de-la-crème being tickets to a Saturday Night Live production in New York, along with a $500 Delta gift certificate.

The Ek Shaam couple, Ramesh and Vijaya Bakshi, were serenaded to a couple of songs from hit films and were later joined by the crowd on the floor. Songs “Jab koi baat bigad jaaye” performed by Pankaj Bhargava, and Namrata Dewan and Chandrika Lakshminarayan’s rendition of “Prem ratan dhan payo” not only brought tears of joy to the couple’s eyes, but had the audience cheering them.

The evening’s jolt came from a heart-wrenched testimonial video produced by Michael Banks with stories from survivors Preeti Singh Farmer, Kundan Patel, and Bidisha Siddhanta, all of whom shared their courageous journeys, which had everyone’s hair raised and jaws dropped. They all unequivocally stated their gratitude to Raksha for the support they received to heal from the violence they experienced. 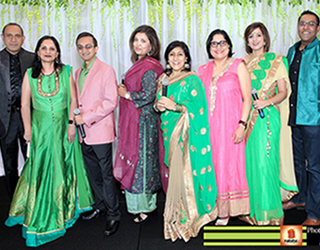 (Left) The talented singers of the Ek Shaam evening. (Photography by Vinod)

Anjali Malhotra and Mahesh Patel sang “Tumse milke,” Anand Srinivasan sang Niraj Sharma’s own composition and lyrical song “Shukriya Zindagi,” and Indrani Danave gave the hit number “Sun raha he tu.” With hit numbers old and new, guests were on the floor dancing away to the rhythm of the night.

Before the evening’s video and keynote address, announcements were made so that those too sensitive to hearing violent true stories could go to the self care room to collect themselves and breathe. Keynote speaker Preeti Singh Farmer was born and raised in India but calls Atlanta home for the past 17 years or so. With an MBA from India and an MS in Computer Science from Georgia State University, she works in IT with Ernst and Young. As if all of her suffering from an abusive marriage was not painful enough, she was also faced with breast cancer, and had to adapt to conquer. She did so and turned a page in her life, beginning with Raksha’s support and culminating with a new marriage with the love of her life. Despite the past, she has been able to help about 800 individuals in challenging situations and in need of support, healing, and balance. Such is the power of human resilience. With the right assistance, a human can overcome perils. Raksha is driven for such outcomes.

Another speaker was Gold level Sponsor, Romil Bahl, CEO of Kore, a pioneer in the Internet of Things (IoT) and M2M (Machine-to-Machine). He gave the reasons why he’s a huge Raksha fan. And apart from the serious work, Raksha has even played cupid. A brief video was shown about the chance meeting of Kiran and Hema Hebbar at one of Raksha’s events—they are now a blissful couple growing a delightful family.

Honorees for the night included (a) the Atlanta Volunteer Lawyers Foundation, for going above and beyond to ensure a survivor’s healing, empowerment, and access to justice; (b) Director Aparna Bhattacharyya, for her 20 years with Raksha, and staffer Manisha Lance for her 10 years; (c) those involved with production of the video: Michael Banks, Preeti Singh Farmer, Bidisha Siddhanta, and Kundan Patel, for planting “Seeds of Change” that help Raksha grow by telling their stories and breaking the stigma and isolation in our community; and (d) the music performers, dance group Silent Killers Dance Mania, video creator Niraj Sharma, and emcee Viren Mayani, who received the 15th annual Ramesh & Vijaya Bakshi Community Change Award.

The night carried on for a few minutes thereafter with people on the dance floor, regaled by singers. The milestone observance and celebration was a grand success.

Thanks:
Awesome acoustics were provided by sound engineer Jogi Jose.
Photos by Vinod (Photography by Vinod) captured the memories.

Videos from past years:
Design the Conversation - Ek Shaam 2017 - YouTube
https://www.youtube.com/watch?v=hdUEeiBBlV0
Oct 20, 2017 - Uploaded by Raksha Inc
Come design the conversation around sexual assault and domestic violence with us at this year's Ek Shaam