Home > Magazine > Around Town > Remembering 1984, the lost and the survivors

Remembering 1984, the lost and the survivors 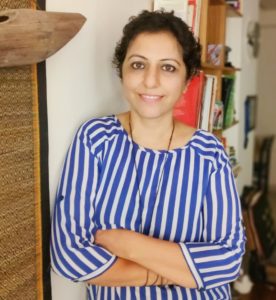 A heartbreaking documentary looks at the lives of three widows, survivors of the 1984 massacre of Sikhs in Delhi, and asks, “What happened?”

Teenaa Kaur Pasricha is an independent filmmaker and screenwriter from Mumbai who has been doing documentary films on justice and on environment conservation since 2005, telling the stories of living beings that have no voice or representation. She also is now fundraising for her documentary about cancer, as she is a recent cancer survivor.

She was on tour with her 60-minute film 1984: When the Sun Didn’t Rise and showed it on November 3 at the Sikh Study Circle in Stone Mountain, GA.

The film has been selected for numerous competitions and has won various awards, including National Film Award, President's Silver Medal for the Best Investigative Film, 2018.

Pasricha objects to the term “anti-Sikh riots” since it was so large that it was a massacre. If there had been justice in 1984, she has said, there would not have been the Bombay riots in 1992, or the riots in 2002 with the Muslims. There are still cases pending, and in January 2018, the Supreme Court of India decided to form a three-member Special Investigation Team (SIT) of its own to probe 186 cases related to the 1984 events that were not further investigated by Union Government-formed SIT. Ontario, California, and Connecticut have recognized the events as genocide. The events are cited as a reason to apply the Universal Declaration of Human Rights and support the creation of a Sikh homeland in India, often called Khalistan, and a campaign calls for a 2020 worldwide referendum on the issue.

Videos:
1) "Negotiating to find life's purpose" | Ms.Teena Kaur Pasricha | TEDxSMShettyInternationalSchool
May 7, 2019
Ms Teena Kaur Pasricha is a National Award winner for her documentary film - When the Sun didn't Rise . It won the National Award for Best Investigative Film, announced on 13 April 2018 by Government of India. Teenaa Kaur Pasricha is a National Award winning filmmaker and Screenwriter, having a wide range of experience documentary filmmaking to screenplay writing. She has made films on Social Justice, Wildlife and Conservation of Environment. She believes in telling stories of the living beings who may have no voice or representation. Her films have been broadcast on National Geographic, Fox History, Doordarshan, PSBT India and endorsed by Busan Intl. Film festival and many other film festivals worldwide. Her most noted work is ‘1984, When the Sun didn’t Rise’, which is a personal documentary film based on the massacre of 1984 and is the recipient of National Film Award for Best Investigative film in 2018. Her films have been screened in 20 reputed universities in UK including London School of Economics, Oxford Brookes University and many more public forums in India,USA and UK. She was awarded the New Voices Fellowship from Asia Society in screenplay writing . This talk was given at a TEDx event using the TED conference format but independently organized by a local community. Learn more at https://www.ted.com/tedx
https://youtu.be/8z2LAcW2Pls